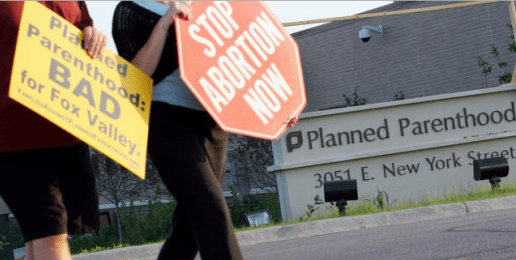 First there was the unexpected firing of president Leana Wen.

Her primarily failing, it appears, was that she did not have the cold-blooded killer instinct necessary to make abortion the priority of Planned Parenthood.

Perhaps it was her training as a medical doctor.

Perhaps it was a trace of the image of God that still pervaded her humanity, as much as she was still an abortion advocate.

Whatever the underlying causes may be, the broad strokes are clear. As noted by Alexandra Desanctis on National Review, “The organization has ousted its president, apparently for being insufficiently committed to pro-abortion advocacy.”

Indeed, “Planned Parenthood has long sought to downplay its commitment to abortion, calling itself a health-care organization and spreading the lie that abortion is only 3 percent of its business, even as its clinics perform between one-third and half of all abortions in the U.S. annually. The group’s leadership evidently believes this political moment demands more aggressive advocacy.

More bluntly, cultural commentator Bill Muehlenberg put it like this: “What they are saying is this: ‘You are not blood-thirsty enough! You are not meeting your quotas! More babies MUST DIE!’ That is the mindset of PP. They are after blood – and money. That is their core business. That is why they exist.”

And he suggested that Planned Parenthood should run an ad that sounded something like this: “Wanted, an experienced baby killer who has no qualms about taking human life, nor about selling body parts of babies to others for profit. It is preferred that you resonate with past such ministries, such as the Nazi extermination camps. Having no heart and no conscience is also essential. Those who think that the vulnerable and defenceless should be our priority need not apply.”

Do you think he was exaggerating? I do not.

When it comes to Planned Parenthood’s racism, there is a spirited debate concerning the connection between Margaret Sanger, Planned Parenthood’s founder, and eugenics. Sanger’s conservative critics are sure that she wanted to reduce the number of black Americans (among other races and ethnicities), if not exterminate them entirely. Her defenders deny this passionately, also claiming that her interest in eugenics was not racial.

Yet even the left-leaning Time Magazine admitted in 2016 that Sanger did “make some deeply disturbing statements in support of eugenics, the now-discredited movement to improve the overall health and fitness of humankind through selective breeding. She did, and very publicly. In a 1921 article, she wrote that, ‘the most urgent problem today is how to limit and discourage the over-fertility of the mentally and physically defective.’” (Time also cited her defenders who claimed that she “uniformly repudiated the racist exploitation of eugenics principles.”)

And the very left-leaning Snopes.com, in an article devoted to debunking a quote attributed to Sanger, uncovered this hardly flattering quote from a 1923 New York Times article. She wrote: “Birth Control is not contraception indiscriminately and thoughtlessly practiced. It means the release and cultivation of the better racial elements in our society, and the gradual suppression, elimination and eventual extirpation of defective stocks — those human weeds which threaten the blooming of the finest flowers of American civilization.” (Snopes’ emphasis.)

To my liberal, pro-abortion friends: Are you sure you want to defend Sanger against charges of racism?

’Black women are sexy and sexual entities, independent of anyone else’s ideas of what that means.’ For #SummerOfSex, our partnership with @WearYourVoice, @GloriaAlamrew talks about creating space for Black girls to understand their sexuality.

In one short tweet, Planned Parenthood’s motives are revealed for the world to see.

This, to me, is all part of the “Jezebelic” attack on our nation. It is an attack we must resist with prayer, with truth, and with compassion. May Planned Parenthood be exposed.

Population Control Isn’t the Answer
b
a
x
r