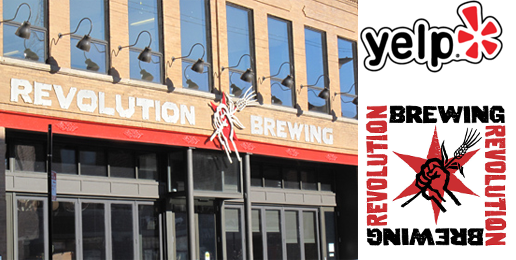 Planned Parenthood is having a fundraiser in Chicago at a restaurant called Revolution Brewing next Tuesday, August 29th.

There are two action steps we can take as we demand Revolution Brewing CANCEL this Planned Parenthood fundraiser.  Please stand for LIFE by taking these steps, and share this with your pro-life friends:

Take ACTION: Click HERE to give Revolution Brewing a negative review on Yelp!, demanding that they cancel this fundraiser.  Yelp is similar to the Yellow Pages but is an online business directory with social elements. Customers can leave feedback on their experiences with that business which does two things. It informs future customers of what they might expect and it keeps standards high, or forces an improvement of those standards to prevent negative feedback.