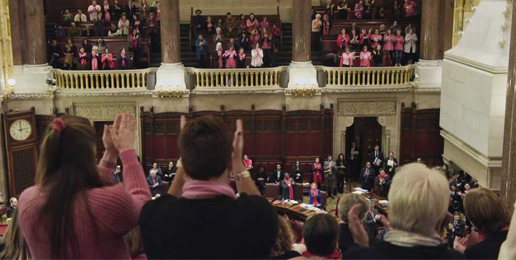 It wasn’t so long ago that such a thing would be unthinkable: a standing ovation for abortion in the New York State Senate chamber with the passage of legislation permitting abortion for any reason up until the moment of birth. Already in New York City, one in three babies are aborted. The bill goes so far as to drop the requirement that doctors perform abortions and decriminalizes acts of violence that result in the deaths of unborn babies. In other words, if an unborn baby dies in the commission of an act of violence against his or her mother, the perpetrator will no longer be held criminally liable for the baby’s death.

So much for “safe, legal and rare.” With this patently facetious mantra, it took Democratic president Bill Clinton only two days into his presidency to reverse policies restricting abortion instituted by his Republican predecessors Ronald Reagan and George H. W. Bush.

Virtually all Democratic candidates in recent memory, from candidates for president on down, have campaigned on their commitment to preserving the legal right to kill the unborn. It wasn’t always this way. In 1937, in response to doctors performing abortions during the Great Depression, the National Federation of Catholic Physician’s Guild issued a statement condemning abortion. In those days the opponents of abortion were more likely to be Democratic than Republican. President Roosevelt’s New Deal drew considerable support from the Catholic Church’s desire to protect and nurture all life–including the unborn.

Some of the first vocal proponents of abortion were, surprisingly, Republicans. Moderate Republican governor Nelson Rockefeller shepherded through his state’s abortion reform law in 1970. In 1967 in California, that icon of conservatives, a then “moderate” Ronald Reagan, signed a similar bill loosening restrictions on abortion. But the issue was gaining steam, and by the 1970’s conservative Republicans, campaigning on opposition to abortion after the disastrous Roe vs. Wade U.S. Supreme Court decision in 1973, were able to wrest control of the GOP.

The battle lines were drawn in 1976 when the first presidential election since Roe vs. Wade brought the issue to the forefront. Democratic candidate Jimmy Carter, despite his Evangelical Christian bona fides, walked a tightrope trying to appeal to both sides. From then until the present, Democratic politicians have declared, despite massive evidence to the contrary, that they only wish to have abortion “safe, legal, and rare.” In 1976, the outrage against such duplicitous arguments produced a successful effort to end Medicaid funding for abortion with the Hyde Amendment, the first significant legislative victory for anti-abortion activists after Roe vs. Wade.

While abortion activists argue for unrestricted access to abortion throughout pregnancy, polls show that support for late-term abortions continues to decline, with a paltry 13 percent of Americans supporting abortion during the third trimester. The enthusiastic crowds at the annual March for Life are further evidence of the widespread desire to protect innocent human life in the womb. The most recent March for Life saw an unprecedented show of political firepower, with addresses by the president, vice-president and House speaker, all heralding the gains that the movement has made under the presidency of Donald Trump, who stated: “Under my administration, we will always defend the very first right in the Declaration of Independence, and that is the right to life.”

The new Democratic mantra: “While personally opposed to abortion, the U.S. Supreme Court is the law of the land, and thus I must respect Roe vs. Wade” is beginning to wear thin. As we lament the 45th anniversary of that calamitous legal decision, the effect of this assertion wanes and the abortion issue is becoming an even more highly charged issue.

Democratic leaders have used the 45th anniversary of Roe v. Wade to reiterate their support for legal abortion and launch new onerous legislation in Illinois and other states–hoping to expand so-called “reproductive rights” and access at the expense of innocent human lives. Now is the time for people of faith–Democrats and Republicans alike–to raise their voices in defense of the most vulnerable among us: the unborn. 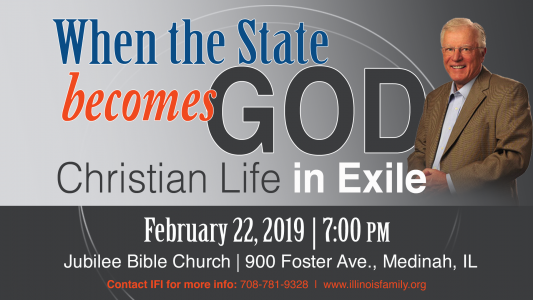