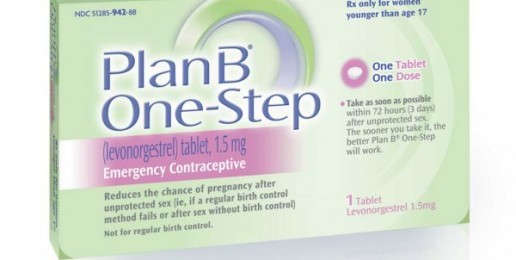 Though I am not too familiar with Hamlet, that Shakespeare quote sure fits this Administration when it comes to its brief and feeble effort to protect children and parental rights.  President Barack Obama has instructed his Justice Department to drop its legal battle against a judge’s decision to allow young girls of any age to obtain the Plan B morning after pill without a doctor’s prescription or parent’s knowledge.

The President recently spoke at a Planned Parenthood banquet and raised the eyebrows of many outside observers when he closed his pro-abortion speech, which occurred in the midst of the Kermit Gosnell infanticide trial, with the words “God bless you.”   With that mentality, one had to know that he would never truly stand in the way of their agenda.

The nation’s largest abortion provider was in support of the Judge’s ruling. The Obama Administration briefly attempted to raise the age limit for Plan B to 15, but recently told Judge Edward R. Korman that they were “voluntarily withdrawing its appeal in this matter.”

Planned B, often called the morning after pill, is 40 times stronger than birth control and is taken after sex.  It is therefore not strictly a contraceptive, because in many cases fertilization has already occurred.  Many pro-life groups are concerned that this could terminate a pregnancy, though Plan B supporters disagree.  Most of the media coverage and discussion has focused on this question and, to a lesser extent, the exclusion of parents and doctors from the process.

Safety and the life of the child is a premiere concern, but it also goes farther than medical safety or reproductive questions.  Many of the comments found on LifeNews.com from Concerned Women for America, Family Research Council, and Americans United for Life are raising questions about the implications of this for the overall safety of young girls.  They point out that this move could be a boon to sexual predators, pimps, and statutory rapists seeking to cover their tracks with underage girls.   States have age of sexual consent laws set around the age of 16, but Plan B can be given to 11 year olds who were never legally capable to agree to sex.  The Obama Administration should have appealed this ruling on that basis, but this President has shown he has little regard for state laws or the sexual mores of society.

You can read some of those comments and concerns from pro-life groups HERE.