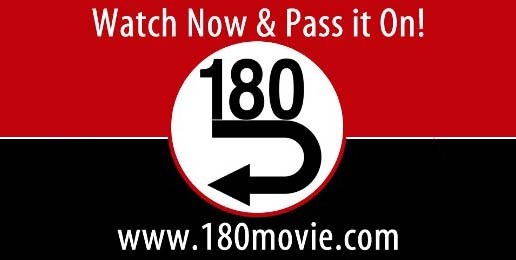 Ray Comfort’s short movie 180 continues to influence people to turn away from abortion.

180 is the story of eight people who were all for abortion, but in a matter of minutes or seconds change their views to become pro-life. The movie has impacted the lives of many people throughout the world, and is now in 20 languages. Ray Comfort of Living Waters Ministries tells OneNewsNow about a woman who viewed the film and was inspired from that to go to a Tempe, Arizona, abortion mill and try to convince women not to abort.

“She was wearing a 180 t-shirt and she talked to a young lady who was going to have an abortion,” Comfort says. “That woman changed her mind after talking with her and went ahead and had twins, and it’s so exciting to see this lady sitting their holding those twins as she wears a 180 t-shirt.”

Comfort says because of the movie and God’s grace there is a mountain of stories of babies saved and people converting to the cause of life rather than death.

“Last time I checked, the page had nearly 4.3 million views,” he notes.

He is reminded of the tremendous impact of the Billy Graham crusades, with all the logistics of getting perhaps 100,000 people into a stadium, the hard work and expense in accomplishing it.

“And here with a click of the button we can reach 4.3 million people,” he adds. “Also, we sold over a million DVDs of 180 that are being distributed into universities and learning institutions across the country.”

Pro-life counselors with portable units are showing the film to abortion clients and changing minds about abortion.

This article was originally published at the OneNewsNow.com blog.