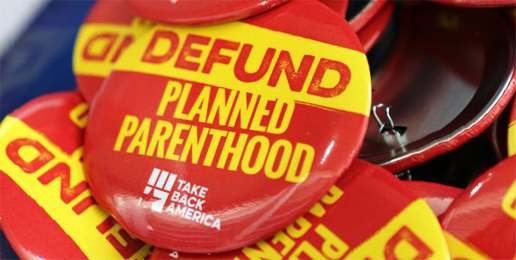 A politically dramatic scene occurred on March 30th. U.S. Senator Johnny Isakson (R-Georgia), recovering from back surgery, and Vice President Mike Pence arrived in the U.S. Senate to cast votes for a bill that reverses an abortion-clinic Obama-era rule. The rule enacted by the previous administration forced all states to allocate Title X money to abortion clinics.

The vote was tied, with 50 United States Senators voting for the bill and 50 against. Vice President Mike Pence broke the tie, and the bill is now going to President Donald Trump. He is expected to sign it.

Once the bill is signed into law, states will once again be able to exclude abortion clinic chains (like Planned Parenthood) from receiving Title X tax dollars. There is, however, another layer to this unfolding drama.

To change that law requires 60 votes in the U.S. Senate. This recent vote signals strongly that it’s not currently possible to get 60 U.S. Senators to support taking Medicaid dollars away from Planned Parenthood. Therefore, a different strategy is being employed. With these 50 U.S. Senators and the vice president’s tie-breaking vote, Planned Parenthood can be stripped of Medicaid funding for a period of one year by using the reconciliation process in the U.S. Senate.

The vote Thursday signaled that the political will is present in Washington D.C. to defund Planned Parenthood for one year. This is an area where gridlock can be overcome. A budget battle is likely to start in April, and another attempt to repeal and replace Obamacare may also come up soon. These are both political moments where historic pro-life victories are possible.

Take ACTION: Click HERE to send a fax or an email message to your state representative, urging him/her to vote NO on HB 40. Don’t overlook the need to communicate your opinion about HB 40, which is designed to force Illinois taxpayers to fund thousands of additional abortions year after year. Planned Parenthood is afraid of losing federal tax dollars, and they’re trying to make part of that up by getting more state tax revenue. We need to tell our lawmakers no!

>>Text Alerts: Text IFI to 555888 or click HERE to fill in a short form to enlist. You will receive a prompt reply thanking you for subscribing. Of course, you can easily opt out at any time.

We urge you to join today.

Murder Is not Healthcare