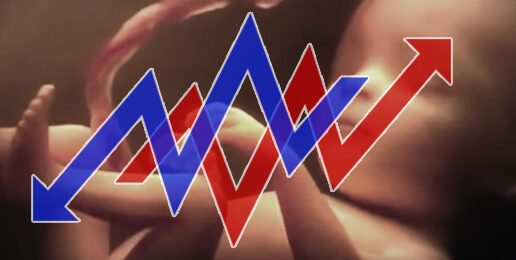 In early March 2021, IFI and other groups commissioned a poll of Illinois voters using the Tarrance Group. At the end of April, Personal PAC, a group that has no qualms about killing babies in the womb for any reason, also sponsored a poll using Public Policy Polling. For clarity and brevity, I have named these two polls the IFI poll and the PP poll.

The more recent PPP poll asked for a response to this statement:

“Abortion should remain legal in Illinois as a private decision between a woman and her doctor, not politicians.”

In response, 73 percent answered in favor of the killing of the unborn, while 22 percent were against, and 5 percent were unsure.

In response, 73 percent answered in favor of the killing of the unborn, while 22 percent were against, and 5 percent were unsure. (Oh the irony of this polling question and the fact that pro-abortion advocates are pushing legislation to allow politicians to come between parents and their daughters… keep major medical secrets.)

In the IFI poll, the question was asked,

“If a minor under age 18 is seeking an abortion, do you think the law should require her parent or guardian to be notified before the procedure?”

Responding to this question, 56 percent said yes/strongly and another 16 percent said yes. This indicates that 72 percent of the respondents think the law on parental notification, as it currently stands, should not be changed.

A comparison between these questions indicates the absence of a fixed, moral standard and reveals the true nature of many Illinois citizens. We have very nearly lost our moral bearing if the shedding of innocent blood is fully supported, according to a healthy majority of Illinois voters.

“Most young women live in supportive and loving homes, but an Illinois law forces a small number of other young women who live in homes where there is violence and sexual assault, to tell a violent parent she needs an abortion. Do you support this law that forces young women to tell their parents they need an abortion, or do you think it should be repealed?”

The law referenced is the current Parental Notification of Abortion Act.

The PPP poll responses were: 29 percent in support of this law, 46 percent favoring repeal, and 25 percent not sure.

It is sad and unsurprising to see the change in response. However, even with the use of manipulative language, only a strong minority favored the overturning of the parental notification law, despite significant opposition to this unreasonable action.

I live in the world where 2 + 2 = 4, not 3 or 5, but I think both polls are accurate and underscore that many people have little or no moral compass and express their views based on feelings and emotion.

Sadly, according to the PPP poll, only 48 percent of voters who said they voted for Donald J. Trump also support the Parental Notification bill; of the remainder, 23 percent were not sure. On the other hand, 59 percent of those who voted for Joe Biden favored the repeal of the law, with only 16 percent supporting it and 26  not sure.

Equally disturbing, according to the PPP poll, is that 48 percent of people who voted for Trump think abortion should remain legal in Illinois, while 47 percent disagree and 5 percent were not sure.

As those who fear the Lord and want His good for our state, we have much work to do in terms of speaking God’s truth. How desperately we need the Lord to work in us and in our state and nation! Are you being a faithful witness to God’s law and gospel in these matters?