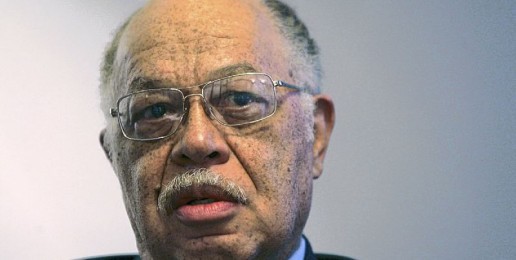 I mean, why are we surprised that an abortionist and his staff would, behind the walls of an always-lethal abortion clinic, commit one of the most horrific serial killings in American history? What did you think abortionists do, heal people?

Why are we taken aback that there was no oversight, no regulation, or that Planned Parenthood, though privy to the clinic’s filthy, medieval conditions, refused to report it to the Department of Health? After all, Planned Parenthood, Barack Obama and the DNC have vehemently opposed all laws – such as those in Virginia, Mississippi and elsewhere – designed to prevent exactly the same kind of squalid conditions found in Gosnell’s clinic (and others), laws that simply direct abortion mills to meet the same minimal safety standards required of all other medical facilities.

You didn’t really buy that whole “women’s health” nonsense, did you?

Seriously, there are so few sociopathic doctors left willing to hack alive those inconvenient little buggers; so you anti-choice nuts need to just chill. Who cares about “blood smeared walls,” or babies left to drown in toilets, or snipped spinal cords, or dismembered body parts kept in jars, or screaming, crying newborns silenced by decapitation? What did you think women were “choosing” with abortion, some kind of medical treatment? We’re not removing a tumor here. You’ve got to kill a few babies to make a “reproductive freedom” omelette. Besides, there’s billions to be made in the death racket.

Let’s keep it real. The only difference between what happened in Gosnell’s Philadelphia clinic and what happens every day in Planned Parenthoods across the country can be measured by a matter of inches – by the child’s proximity to her mother in the room. Whether the baby is in the womb or 12 inches removed, a dead baby is a dead baby, right? So why all the drama? Relax. You know, Roe v. Wade and all.

Besides, what’s an abortionist to do (wink, wink) if that resilient little pest does survive, if she’s born alive? I appreciate President Obama’s candor on the matter. Like he said, laws preventing abortionists like Gosnell from finishing her off are “really designed simply to burden the original decision of the woman and the physician to induce labor and perform an abortion.” Snippety-snip, eh, Barack? You know, choice and all.

Or, as Gosnell attorney Jack McMahon noted during the trial, it’s “ludicrous … to say a baby is born alive because it moves one time.” You anti-choice zealots don’t get to define the terms here. One man’s “alive” is another woman’s “unwanted pregnancy.” Potato, potahto.

And why are we stunned that the mainstream media have spiked a story with all the bloody and salacious newsworthy trappings that – had abortion not been involved – would have filled the news cycle 24/7?

You think some now-barren, 40-something copy editor who’s had five abortions wants to draw attention to its grisly reality? You think she wants to be reminded of her own string of dismembered little choices? No, better to sip appletinis with the boys down at the National Press Club and pretend it never happened.

In reality, to the media, this stuff is old news. Gosnell is on trial for doing something nearly indistinguishable from partial-birth abortion – a “never necessary” procedure (according to the AMA) Obama vocally endorsed. He said that banning it was part of a concerted effort “to steadily roll back the hard-won rights of American women.”

Furthermore, why are we surprised that this rush-to-judgment-when-it-suits-his-political-agenda president suddenly “can’t comment” on Gosnell “because it’s an active trial”? Remember? This is the same race-baiting “community organizer” who said that Cambridge police “acted stupidly” when arresting a combative black Harvard professor who, as it turned out, was himself acting stupidly. Don’t forget; this is the same president who had no problem laying guilt on a “presumed innocent” George Zimmerman, saying, “If I had a son, he’d look like Trayvon.”

Funny, I actually do have a son and, when he was born, he looked a lot like those little boys Gosnell and Planned Parenthood kill every day. Come to think of it, most of them looked almost identical to Trayvon, skin color and all.

Rep. Scott Perry, R-Pa., called Obama out on his refusal to address Gosnell: “Mr. President, your silence on this issue is deafening,” he said.

I agree. The left’s silence – to include the mainstream media – speaks volumes. It’s a tacit endorsement of Gosnell’s gruesome practices. And why shouldn’t it be?

To “pro-choicers” it’s not that old Kermit did anything wrong; it’s just that he got caught doing it. He was careless. He pulled back the curtain of “reproductive freedom” to reveal abortion’s house of horrors. Kermit Gosnell is liberalism personified, and liberalism relies on deceit. The “progressive” culture is a culture of death. Moral relativism is as moral relativism does.

Speaking of moral relativism, on Friday the first sitting president in United States history gave the keynote address at a Planned Parenthood fundraiser. Nice timing. Even as the Gosnell mass-murder trial wraps up, Obama was lending the full weight of his presidency to a mass-murder celebration.

Yeah, we’ll see about that, slick.