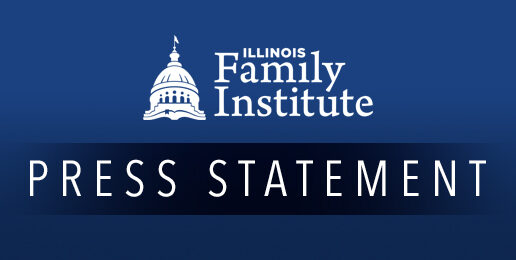 The Illinois Family Institute is issuing this public statement to urge Governor J.B. Pritzker and Attorney General Kwame Raoul to prepare to ensure the safety of churches and pro-life pregnancy resource centers (PRCs) in Illinois.

David E. Smith, the executive director of the statewide pro-life, pro-family organization, notes that vandalism, arson, threats of violence, and interruption of church services have been escalating since the leak of Justice Samuel Alito‘s draft opinion on abortion.

“We cannot afford to ignore the threats of violence and harassment to achieve political ends,” said Smith. “It is wise to anticipate more violent reactions from fringe pro-abortion activists if and when the U.S. Supreme Court hands down its decision in the Dobbs case.”

The arrest of a California man who was reportedly armed with a gun and knife near Justice Brett Kavanaugh‘s house in Maryland is alarming. Federal law enforcement officials have charged him with attempted murder.

Recently, both CompassCare Pregnancy Services in Buffalo, New York and the headquarters for Wisconsin Family Action were firebombed. In Asheville, North Carolina, a business that provides counseling for pregnant women was vandalized. Earlier this week, in New York City, pro-life advocates participating in a monthly event called “Witness for Life” were mobbed.

Mr. Smith points out that while abortion facilities in Chicago have bubble zones to protect the safety of abortion workers and clients, no such protection exists for pregnancy care centers and churches. During this turbulent time, the state of Illinois must give them equal protection under the law.

“Governor Pritzker and Attorney General Raoul should make it clear that violence and intimidation will not be tolerated in Illinois,” urges Smith. “Moreover, law enforcement agencies across the state must be put on high alert, visibly present in their patrols in an effort to dissuade violence.”

IFI implores Governor Pritzker and Attorney General Raoul to speak out in advance of the ruling to urge peace and calm.

We call every elected official in Illinois, no matter their view on the Dobbs decision, to speak out in opposition to any response that includes violence and intimidation.

Mr. Smith contends that any attack on a church or pregnancy care center should be considered an anti-religious hate crime and the perpetrators should be charged accordingly.