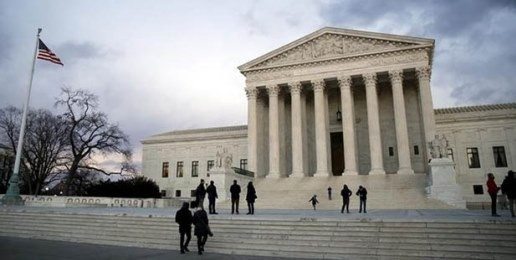 We are pleased to report that Illinois Family Institute, along with Samaritan’s Purse, The Family Foundation (Virginia) and the National Legal Foundation, filed an amicus brief (aka friend-of-the-court brief) this week to the Supreme Court of the United States (SCOTUS) in the case of June Medical Service, LLC v. Gee. The brief supports a Louisiana law requiring doctors who perform abortions to have hospital admitting privileges within 30 miles of the clinic.

The law was passed in Louisiana in 2014. After being blocked by a lower court, the law was upheld by the 5th Circuit. The law is now on appeal at the U.S. Supreme Court.

Our brief contends that the Court should uphold the Louisiana law because the Court has previously upheld the right for states not to facilitate abortion, arguing:

In Harris v. McRae, this Court upheld the Hyde Amendment, which prohibited federal funds being used for payment of elective abortions. And in Williams v. Zbaraz, this Court rejected a challenge to a State law that prohibited public funds from being used for any abortions except to save the life of the mother. Then, in 1989, this Court found constitutional a similar Missouri law in Webster v. Reproductive Health Services that prohibited the use of public funds, employees, and facilities to provide abortions. The Court reiterated that such prohibitions place no governmental obstacle in the path of a woman who wants to have an abortion.

You can read the entire brief filed by IFI et al. HERE.

You might wonder why Illinois Family Institute has joined with the above- named co-filers regarding a Louisiana law (Louisiana Act 620) that is on appeal before the SCOTUS. Don’t we have more than enough on our plate right here in Illinois without becoming involved in legal issues in other states?

Quite simply, there is too much at stake to not be involved. The law on the books in Louisiana has already withstood a previous challenge and was upheld by the 5th Circuit Court.

Now the petitioner has been granted a hearing by SCOTUS. If the highest court in our land was to rule in favor of this petitioner, the legal doctrine of stare decisis – precedent — would be established. Then, that precedent could be cited in other court cases across the nation where petitioners are determined to abolish existing, legally-enacted, pro-life legislation.

We encourage you to read the brief in its entirety in order to understand the facts of the case at hand, the compelling reasons why the Louisiana law should be upheld, and the erroneous analysis and misrepresented “precedent” on which the petitioner has based the appeal. While this case deals with abortion legislation, a decision by the Supreme Court in favor of the petitioner could have implications for issues that extend beyond the scope of abortion access.

Please keep this case, the pro-life attorneys arguing this case and SCOTUS Justices in your prayers!

For more information, contact Illinois Family Institute at contactus@illinoisfamily.org, or (708) 781-9328.