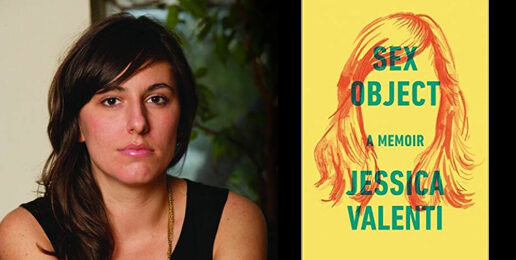 Feminist Author and Abortion Fanatic Practiced at the Art of Deception
Written By Laurie Higgins   |   10.27.22
PRINT

Jessica Valenti, author of the book Sex Object: A Memoir and founder of the now-shuttered blog Feministing, is a dishonest woman with the unseemly life mission of keeping abortion safe, legal, and commonplace. She describes herself on TikTok as a “feminist author” and “a much bigger deal on Twitter,” who writes “about abortion every day.” Valenti, an avid proponent of women killing their own children—who are the greatest source of joy in life—aptly calls herself “Auntie Killjoy.”

Killjoy recently created a brouhaha with a TikTok video and subsequent tweet in which she tries to diminish the seriousness of destroying incipient human lives by showing photos of two humans killed in abortions in early stages of development. She hopes that showing these photos of humans killed when they don’t yet look like humans will eliminate the guilt that women understandably feel after having their offspring killed.

Here’s what has people so fired up – they can’t believe that the images they’ve been shown about pregnancy and abortion aren’t real pic.twitter.com/jRr7qLrFvZ

She then shows a petri dish with placental tissue and purportedly a six-week-old fetus. What she doesn’t say is that at this stage the fetus is about the size of a pomegranate seed and, therefore, difficult to see or recognize in a petri dish full of placental tissue. Sharing that information would have undermined her goal of making prenatal humans seem, well, not human.

Here’s an alternative photo she could have shared, this one of a 6-7-week-old fetus: 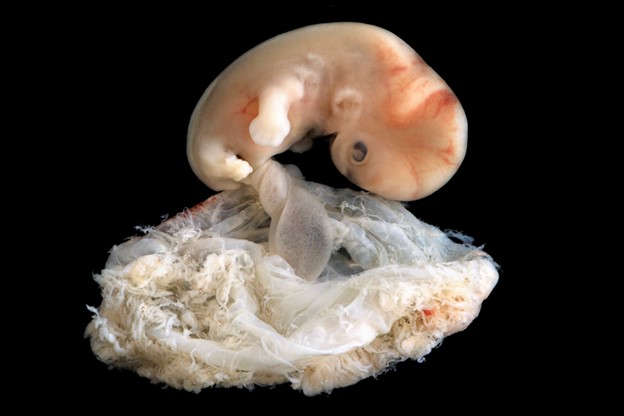 Killjoy believes prenatal humans do not possess that right. She believes that the degree of development, health, dependency status, financial security and educational goals of their mothers, and criminality of their fathers determine whether prenatal humans should be allowed to live or not. If a human has a fatal defect, kill her. If a human will be born into poverty, kill him. If a human was conceived in rape, definitely kill her.

Wow. So much deceit, so little time.

If, as Killjoy stated, there is “no fetus,” how is the photo relevant? If, however, there is a nine-week-old fetus—as Killjoy also stated—floating around in the petri dish, then science tells us he or she has webbed fingers and toes developing on his or her paddle-like hands and feet, “tiny teeth buds,” and a four-chambered beating heart. I think some scientists unfamiliar to Killjoy have seen those human body parts.

To be more accurate than Killjoy, the video doesn’t show either a six-week or nine-week pregnancy. I doubt a “pregnancy” of any duration could ever be seen in a petri dish.

The photos show the products of an abortion, which–to be accurate–are a placenta, an amniotic sac, and a human fetal corpse.

The CDC reports that in 2019, “Surgical abortion accounted for 52.2% of abortions at 7–9 weeks’ gestation.” In 2020, the number of abortions increased over 2019, so if the rate remained the same in 2020, then about 485,544 humans with (according to the Mayo Clinic) human heads, lips, noses, eyelids, arms and fingers, legs and toes, spines, and beating hearts are exterminated annually.

Killjoy needs to present some evidence for her bizarre claim that women of childbearing age are being denied the “constitutional right to personhood.”

I don’t know any political leader or pro-life advocate who “lets women get raped.” Perhaps Killjoy could share some names.

By her use of the awkward euphemism “forced pregnancy,” Killjoy means opposition to women taking the lives of other less powerful humans.

Many believe that if the right to control one’s reproduction comes into direct conflict with another human’s right merely to exist, the right to exist is a right of a higher moral order. In fact, it’s the right on which all other rights depend.

Rape of a minor child is horrific, but the extermination of a human resulting from such a crime is another crime. Something leftists like Killjoy don’t consider is that killing a human conceived in rape may compound the suffering of a minor girl. Moreover, the end of alleviating the suffering of minor rape victims does not justify the means of killing another human.

Killjoy’s photos point to her childish ethical reasoning, suggesting she believes incipient human lives deserve protection only when they look like humans. But Killjoy believes no such thing. She believes,

[A]bortion should be legal without any restrictions – no parental consent laws, no mandated ultrasounds, no waiting periods, no bans on late term abortions and no bans on federal funding for abortion.

So, when someone tries to argue with you about abortion, or when you hear a politician talk about the sanctity of life and life starting at conception …, this [pointing to petri dish photos] is what they’re saying is more important than you.

Nope, no advocate for the right of preborn humans not to be exterminated says those still-developing humans are more important than their mothers. Rather, pro-life advocates say that preborn humans possess intrinsic value and deserve not to be killed because they’re imperfect, or not fully developed, or unwanted by their biological mothers.