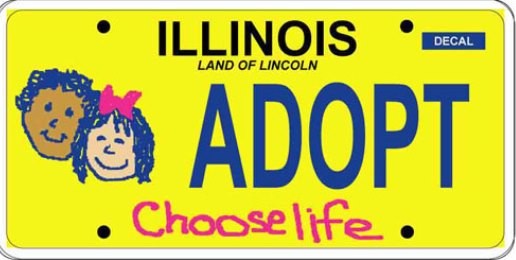 A federal appeals court has ruled that the State of New York may prohibit the issuance of “Choose Life” license plates.

A three-judge panel of the 2nd Circuit Court of Appeals decided that plates with the message “Choose Life” could be considered “patently offensive.”

A pro-adoption group called the Children First Foundation had applied to the New York Division of Motor Vehicles for approval of a specialty license plate with the “Choose Life” message.

Like similar plates in other states including Illinois, the design of the plate includes a drawing of the faces of a boy and a girl in front of a yellow sun.

New York motor vehicle officials denied the application, saying that they wished “to avoid any appearance of governmental support for either side in the divisive national abortion debate.”

The Department also invoked a policy that allows it to deny plates that are “patently offensive” in their content.  Such regulations are usually established to prohibit messages that are obscene or pornographic.

The State also claimed their action was necessary to prevent road rage.  Officials stated they “will not place an instrument on public roadways which may engender violent discourse among drivers.”

The 2nd Circuit panel has now upheld that decision in a 2-1 ruling.  Judge Rosemary Pooler wrote in her decision that many residents of New York were likely to find the pro-life message “patently offensive.”

Judge Pooler also stated in her opinion that residents of New York who wanted to communicate their pro-life sentiments were free to affix a bumper sticker to their vehicle.

Judge Debra Ann Livingston dissented from the ruling.  She argued that the federal court was granting Department of Motor Vehicles officials the authority to suppress any viewpoints they don’t like.

Jeremy Tedesco, legal counsel for the Alliance Defending Freedom, decried the court’s ruling.  “The state doesn’t have the authority to target [these] specialty license plates for censorship based on their life-affirming viewpoint.”

“Pro-adoption organizations should have the same speech rights as any other organization,” Tedesco continued.  “The circuit court has denied free speech in favor of government censorship.”

You can learn more about the legal efforts to authorize a “Choose Life” license plate in our state by visiting this website: Illinois Choose Life