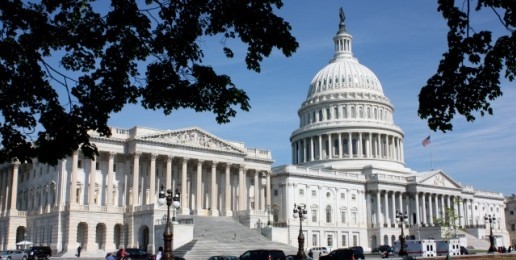 This recently released video exposes Dr. Deborah Nucatola, a Planned Parenthood executive, negotiating with tissue brokers to determine what organs they would like to “procure” and offering ways to alter abortion procedures to make sure they would be able to safely secure the necessary body parts, in tact and undamaged.  She explains how she carefully places her graspers such that she can crush the baby’s body without damaging the organs that the broker is seeking. At one point Nucatola even describes how they could alter the abortion in such a way, that it sounds very much like she is describing the illegal partial birth abortion procedure.

The content of the Congressional letter demanding an investigation is pasted here below:

While this fact is outrageous enough, we are deeply disturbed by new allegations that Planned Parenthood abortion clinics not only profit from the intentional destruction of unborn children, but also sell children’s organs piece by piece to fetal tissue brokers.  These actions are unconscionable and these horrific abuses must be stopped.

In a recently released video a top Planned Parenthood executive describes huddling with tissue brokers early in the day to determine what organs they would like to “procure” and altering procedures to make sure she is able to obtain the necessary body parts.  She explains how she carefully places her graspers such that she can crush the baby’s body without damaging the organs that the broker is seeking. At one point she even describes abortion providers altering the abortion such that she could be describing the illegal partial birth abortion procedure.

Also in the video, the executive discusses payments of $30-$100 for fetal body parts. She further indicates that they want to avoid being perceived as selling tissue, so they want to come up with a rate that “looks like it is a reasonable number for the effort that is allotted on their part.”

These revelations give good reason for Congress to take a serious look at the practices of Planned Parenthood and the companies that buy and sell the body parts and organs of unborn children who are dismembered in Planned Parenthood clinics.

We greatly appreciate your announcement that you will be launching an investigation and urge you to act swiftly to examine current federal laws and regulations in your Committees’ jurisdiction, potential violations of current law, and identify areas where the law may be insufficient. In addition we urge you to explore the activities of abortion providers such as Planned Parenthood, companies that broker fetal tissue and any incentives created by National Institutes of Health funding for research using the body parts of unborn children.