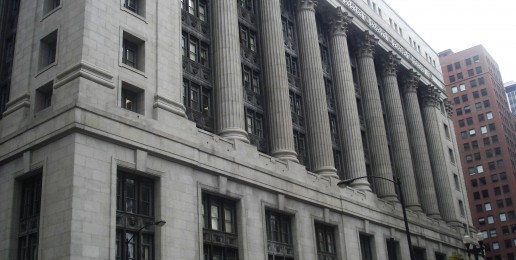 On Wednesday, October 7th, the Pro-Life Action League will hold a protest in front of Chicago’s City Hall. The demonstration will be held in opposition to an ordinance the City Counsel will be voting on later that day. The ordinance, if passed, would restrict the access of pro-life sidewalk counselors in front of abortion clinics.

Eric Scheidler, Executive Director of the Pro-Life Action League will be holding a press conference at the site of the protest (121 N. LaSalle Street in downtown Chicago) which will begin at 9 A.M.

Inside that 50-foot Bubble Zone, no one would be allowed to approach anyone going into an abortion clinic closer than eight feet. This would make sidewalk counseling virtually impossible.

“The obvious aim of this ordinance is to keep pro-lifers far away from abortion clinics and those entering ‘health facilities,'” said Joe Scheidler, Founder of the Pro-Life Action League.

“I can’t emphasize enough how fatal this Bubble Zone would be,” said Eric Scheidler, Executive Director of the Pro-Life Action League. “Pro-Life counselors are saving babies every week by talking intimately with abortion-bound mothers outside the abortuaries. The Bubble Zone would effectively KILL this kind of compassionate outreach.”

If passed, the ordinance would levy a fine of $500 for anyone simply trying to talk to a woman about choosing life for her baby. Many legal experts agree if the Chicago City Council passes the ordinance lobbied for by Planned Parenthood, the nation’s largest abortion provider, and signed into law by Mayor Daley, the bill would not pass judicial muster and would likely be overturned in a court of law.

“IFI is proud to follow the lead of the Pro-Life Action League in challenging this proposed ordinance,” said Dave Smith, IFI’s Executive Director. “The Chicago City Council would do well to uphold their oath to the Illinois and U.S. Constitutions which guarantees the right to freedom of expression and speech. Targeting one specific group of citizens at specific locations is absolutely chilling. The government should never use its power to intimidate or disenfranchise people whose speech they disagree with.”

The Pro-Life Action League suggests steps that can be taken by those who are in opposition to Chicago City Council’s proposed ordinance.

A Pro-Life Action League Alert explains what citizens can do to express opposition to the proposed amendment to Chicago’s Disorderly Conduct ordinance creating a “bubble zone” at “health facilities”.

Take ACTION: 1. CALL Mayor Daley’s Office TODAY at 312-744-3300. Tell them you oppose this unconstitutional restriction on your freedom of speech.

Meet us at 121 N. LaSalle Street in downtown Chicago to oppose the “bubble zone.”

3. FORWARD this message to all your Chicago-area friends. We’ve got to flood Mayor Daley’s office with calls against the “Bubble Zone” ordinance. Mobilize your friends and family!

For more information regarding the Pro-Life Action League press conference and protest contact the PLAL at: 773-777-2900 or go to:www.prolifeaction.org