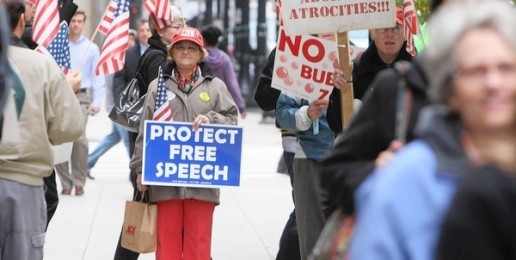 Those who will do anything possible to quash dissent regarding the issue of abortion were foiled once again on Wednesday, August 18, 2010. The case against David Avignone, an MBA student at Chicago’s Loyola University, was dropped by the City of Chicago. Avignone was originally charged with disorderly conduct due to his alleged violation of a controversial ordinance referred to as a “Bubble Zone”. The ordinance applies outside local abortion clinics to prohibit approaching within eight feet of a person to present a leaflet, sign or oral message to that person. Avignone was arrested while praying the rosary in front of a near north side Planned Parenthood abortion mill.

“We are pleased that for the second time, the City of Chicago has dismissed the false charges of disorderly conduct against a man who was properly and legally exercising his First Amendment rights on the public way,” said Peter Breen, in a statement issued by the Chicago-based Thomas More Society. Breen is the organization’s Executive Director and legal counsel.

“We hope these two baseless cases involving alleged ‘Bubble Zone’ ‘infractions’ show the Chicago City Council why it should repeal this controversial ordinance altogether and cease efforts to scare pro-life people away from Planned Parenthood,” continued Breen who defended Avignone in the case.

The Thomas More Society won an historic Supreme Court decision where abortion facilities attempted to restrict any kind of sidewalk counseling, demonstrations or expressions of First Amendment free speech near facilities which provide abortion services. In the case of NOW v. Scheidler, the nation’s highest court ruled that the Pro-Life Action, headed by Joe Scheidler, was not in violation of the Racketeer Influenced and Corrupt Organizations (RICO) Act. The Thomas More Society’s victory cleared the way for sidewalk counseling and protests in front of abortion clinics. However, many believe the City of Chicago with its “Bubble Zone” ordinance is attempting to circumvent the Supreme Court decision in the Scheidler case.