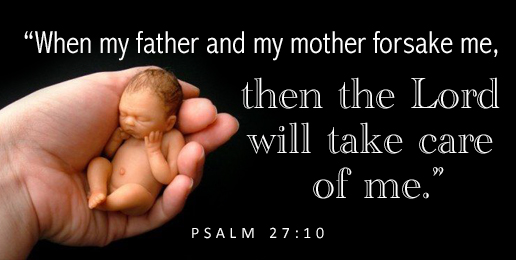 There are those who would have defended and encouraged a decision to kill me at birth. Of course, they would have preferred it happen before birth; but, whatever it takes.

I was born in the 60’s with spina bifida to a 16-year-old unwed mother before it was legal to kill unplanned, unwanted, and/or damaged children. I was all three. But “killed” isn’t a nice word, so, maybe I should modify my terminology like a recent couple who claims to have aborted their 22-week-old daughter with spina bifida, out of a “desire to free [her] from a life of likely suffering.” They claim to have made the decision “entirely for her.”

But straight up abortion isn’t the only life or death issue going on today. The monster is growing.

In vitro fertilization (IVF) seems like an ideal answer for couples struggling with fertility issues. Doctors can take the sperm of the father and the egg of the mother and manipulate the two in order for conception to occur in a petri dish. Multiple lives can be conceived together at once before they are placed (or not) safely in their mother’s womb to grow and develop.
The problem is that most of these couples don’t want “multiple embryos,” especially not all at once. No room in the womb. So, these tiny lives are either frozen for possible later implantation, used for scientific experimentation, or simply destroyed.

“Official statistics show that almost half of embryos used to help a woman conceive through in vitro fertilization were thrown away during or after the process. The embryos are created from female eggs and male sperm during the IVF process, with some introduced into the womb, put into storage, discarded as unwanted, or used in scientific experiments.” ~Andrew Hough, The Telegraph

Lately, IVF is being used in even scarier ways. Recently, genetic selection is becoming the new thing. Now doctors can examine the DNA of each embryo, allowing parents to select the children they want. While some recognize the possibility of frivolous abuses (“We’d like a blond baby with blue eyes, please”), this practice is being viewed as a great mercy to families who have loved ones suffering from horrendous hereditary diseases like Huntington’s.

Couples with the Huntington’s gene who previously remained childless out of fear of passing on the disease to their children, can now select only the “clean-gene” embryo and destroy those with the dreaded disposition before anyone gets hurt…well, except for the child(ren) destroyed in the petri dish. We need to recognize the dangerous Pandora’s box we’re opening!

I mean, what sane person would have chosen me to be the “embryo” that lived? And what about children with Down Syndrome, dwarfism, or any other number of birth defects? Further, what about those in oppressive religions or economic philosophies who only want the prized “boy” child?

In fact, given this sort of choice, what parent would select the “damaged” embryo over the seemingly flawless? My sweet cousin, Lauren, who happens to have the dreaded Huntington’s gene, said it well when she said, “In this case, to select one, you have to ‘de-select’ another. It’s like playing God.”

And the fact is that God has ordained each precious life for a purpose! Whether the miracle of conception happens in the womb or it is biologically manipulated in a dish, if conception happens, it is only because God breathed life into an eternal soul – a life fearfully and wonderfully made! What a terrifying and repulsive thought to contemplate selecting only our own children we see as worthy to live.

Translation: “60 000 RM is what this person suffering from hereditary illness costs the community in his lifetime. Fellow citizen, that is your money too. Read Neues Volk. The monthly magazine of the Office of Racial Policy of the NSDAP.”

A Perfect Race of Humans

But history is no stranger to this evil concept. During Hitler’s reign, Nazi eugenics deemed certain people “unworthy of life.” This included prisoners, dissidents, and “unclean” races, but it also included those with learning disabilities, mental illnesses, physical deformities, and those with handicaps.

Nazis didn’t kill only Jews and rebellious foreigners, they killed their own “flawed” countrymen! Today, we have our own eugenics (meaning “well born”) philosophies going on. And, for many, it involves their own children!

I have a shocking revelation for you. Are you ready? Today’s leaders who support the bloody atrocity of abortion on demand, even to the point of promoting the cold-blooded whim-killing of a perfectly healthy infant moments before birth, go beyond what even Hitler promoted! Yes, today’s abortion practices are even worse than those of the Nazis!

While Hitler would have preferred me dead (and possibly required it), he would have condemned the abortion of babies he viewed as physically and mentally fit. His insane obsession with a pure and unblemished race indeed led him to the killing of innocents, but his murder spree was limited to his own warped perception of the worthy vs. the unworthy (“unclean races,” “deformed children,” “physically disabled,” and “feeble-minded”).

“The exposure of the sick, weak, deformed children, in short, their destruction, was more decent and in truth a thousand times more humane than the wretched insanity of our day which preserves the most pathological subject, and indeed at any price, and yet takes the life of a hundred thousand healthy children in consequence of birth control or through abortions, in order subsequently to breed a race of degenerates burdened with illnesses.” ~Adolf Hitler (Social Darwinism in European and American Thought by Mike Hawkins)

In other words, he was all for the evil practice of killing babies—as long as the babies were those he viewed as worthless. But, it was illegal for an Aryan woman to abort her child, a practice he described as “wretched insanity.”
In 1942, Adolf Hitler declared:

“In view of the large families of the Slav native population, it could only suit us if girls and women there had as many abortions as possible. We are not interested in seeing the non-German population multiply…We must use every means to instill in the population the idea that it is harmful to have several children, the expenses that they cause and the dangerous effect on woman’s health… It will be necessary to open special institutions for abortions and doctors must be able to help out there in case there is any question of this being a breach of their professional ethics.”

Whether we’re talking about abortion, euthanasia, genetic selection, or genocide, it all boils down to whether or not we value human life for the sake of it being a human life—no qualifiers.

Like the “women in white,” drunk on their own power, Hitler practiced choice—that is, as long as the choice was his. Millions of carefully indoctrinated young people memorized the party line and blindly hung on Hitler’s every word. “Choice” is a word that is flippantly thrown around as some sort of virtuous proof that women are valued; and it may sound perfectly humane, unless you happen to be on the other side of the knife.

Human perfection is a delusion. Regardless of what we look like, all of us were born with the fatal flaw of Adam’s sin running deep in our DNA (Romans 5:12), but Jesus came to redeem us—the genetically broken, the impure, the deformed, the feeble, and the unworthy (Romans 5:19). If we trust fully in Him, His blood cleanses us. “If we confess our sins, He is faithful and just to forgive us our sins and to cleanse us from all unrighteousness.” (1 John 1:9)

Since Roe vs. Wade, millions of infants have been murdered in the womb for various reasons. None of which were good enough. When we begin the descent into the abyss of qualifying human life—human worth, we embrace the same madness that drove innocent lives into gas chambers.

I am here to tell you that you are invaluable! You are irreplaceable! You matter! If someone would have been shortsighted enough not to have “selected” you to live because of their own fear, confusion, or personal burden, we would have all been the poorer because of it. The world would have lost a spring of inestimable potential and beauty. In my lifetime alone, we have been robbed of over 61 million beautiful souls made in the image of God.

Life is precious. Not because of how great we are, but because of how great the God is who created us in His image. Yes, we’re broken because of sin. But instead of that nullifying our worth, God demonstrated it all the more by sending His only Son to die on a cross in our place, so that we, the flawed, could be redeemed, restored, and sanctified. Perfect redemption.

“For by a single offering
He has perfected for all time
those who are being sanctified.”
~Hebrews 10:14 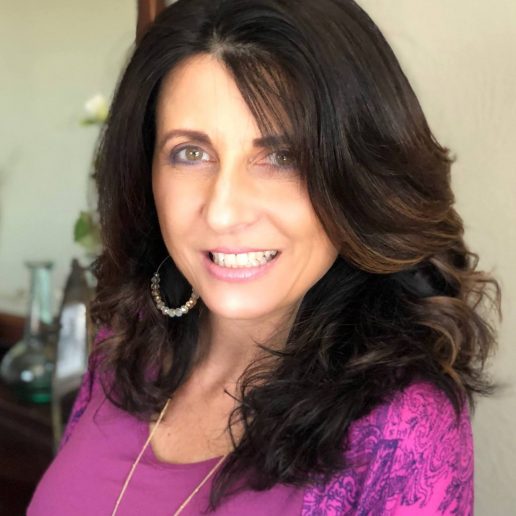 Stacy McDonald
Stacy McDonald is an author, speaker, and entrepreneur; but, most importantly, she is a mother, grandmother, and wife of a retired pastor. Originally from Houston, Texas, Stacy now lives with her family in a small farming community in Illinois....
Full bio and more from Stacy McDonald
Related Articles