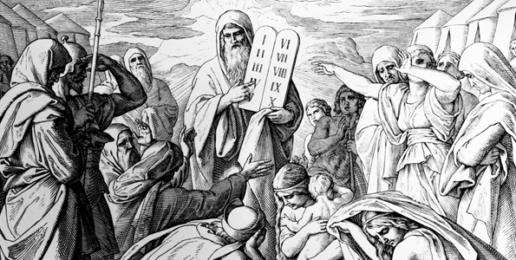 The love of a parent for a child is the most natural love there is. Most people find it easier to love their children than any other people on the planet and would sacrifice their very lives for their children if necessary. I don’t think it’s overstating it to say that our love for our children is probably the purest and least self-serving love of which we are capable as fallen human beings in a broken world.

So how is it that killing our children has become not only epidemic in practice but morally acceptable in the minds of so many Americans? I am of course talking about abortion. The most obvious answer is that we are sinners and everything about us is corrupt in one way or another—even our love for our children. God makes that fact crystal clear in the Bible which whitewashes nothing. References to children being sacrificed to pagan gods pepper the pages of the Old Testament. The well documented practice of ancient Romans abandoning their unwanted infants at garbage dumps to die of exposure, neglect and/or animal attack, surely indicates that a lack of respect for human life is normal for human beings who don’t have the enlightenment of God’s law. But still, how have so many mothers become the mortal enemies of their own unborn children?

I would suggest to you that there is another principle at work here. It can be found in Paul’s letter to the Galatians (3:24) which says, “the Law has become our tutor…(AMP)” Paul was, of course talking about God’s laws which He gave to the Israelites at Mount Sinai. The central point of this verse is not the point I am about to make, but nevertheless true: For better or worse, all laws teach people about right and wrong—especially non-religious people who do not have an independent moral code. They figure if it’s legal it must not be that bad…

In their excellent book, Legislating Morality, Dr. Norman Geisler and Frank Turek say it this way,

“Even though laws don’t change hearts overnight, they often help change attitudes over the long term…Today, apart from the tiny fraction of racist extremists in this country, everybody believes that slavery is morally wrong. Did hearts and attitudes change overnight because we outlawed slavery? No. Behavior changed because slave owners didn’t want to go to jail, but the law did help change pro-slavery attitudes over the long term…Before the Civil War, slave owners could rationalize the obvious immorality of slavery under the cover of “it’s legal.” Afterward, the law didn’t proved that convenient excuse and attitudes slowly changed.”

The same has been true of abortion. Abortion on demand was illegal for the first 200 years of our existence as a nation. All fifty states had laws against it. Even in New York it was limited to cases of rape, incest and saving the mother’s life. Before Roe v. Wade the vast majority of Americans believed that abortion was immoral. The laws in all fifty states protecting the unborn confirms this. The legalization of abortion did not come about as a result of the American people clamoring for it. The change in attitude toward abortion came after seven unelected U.S. Supreme Court justices arbitrarily reversed the will of the majority as expressed through their legislators to protect the unborn. Legalizing abortion helped to remove the stigma of immorality and taught millions of Americans the lie that abortion is morally acceptable. We have seen the same change in attitude happen in a stunningly short period time with regard to homosexual behavior and same-sex marriage.

We need not criminalize every behavior that God calls sin. That would be both unworkable and foolish. However, our civil laws should never contradict God’s laws because God’s laws accurately reflect what is truly right and wrong.

I can foresee a day in which infanticide, prostitution and even pedophilia will not only be legalized but will become morally acceptable in the minds of many Americans. Unless more people learn to fear God and turn to His law as the primary source of moral wisdom, the escalation of evil is inevitable. The consequences will be catastrophic–especially for children. Pastors, it’s time to quit pulling your punches. Teach God’s law as well as His grace. If your congregations don’t learn right and wrong from God they WILL learn it elsewhere…