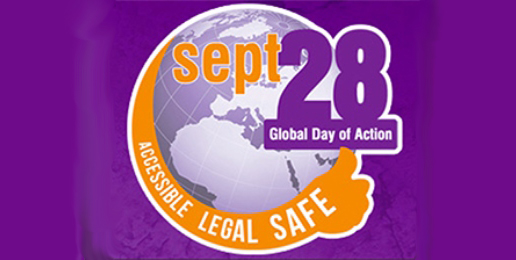 The pro-child-death regime seems to be kicking into high gear. It’s unclear whether they fear a rising tide of opposition to womb-killing or if they smell the blood swirling in the miasmic waters that envelop the world.

Let’s take a metaphorical boat-ride around these bloody waters.

On August 17, 2016, 435 baby-killing enthusiasts sent an open letter to United Nations (UN) Secretary-General Ban Ki-moon and heads of all UN agencies announcing that they “support the proposal of the International Campaign for Women’s Right to Safe Abortion that you declare 28 September, International Safe Abortion Day, an official international UN Day.” Yes, nothing says “safety” quite like being slaughtered in utero.

One of the reasons feticide enthusiasts cite for an official International Safe Abortion Day is the increase in the number of annual abortions worldwide from 50.4 million every year between the years of 1990-94 to 56.3 million every year between the years 2010-14. Feticide enthusiasts want to ensure that the ghastly number of baby-killings each year won’t adversely affect the health of the babies’ mothers.

Here in the Land of Lincoln, the baby-killing machine, euphemistically named Planned Parenthood, colludes with the perverse “Shout Your Abortion” (#SYA773) crowd to celebrate the so-called “right” of mothers to kill their unborn babies—oh, and to profit from the bodies of the dead.

Evidently, the $300 million Planned Parenthood gets from the government isn’t sufficient to sustain their “charitable” work, so there are several frolicsome fundraising events planned at the Empty Bottle in Chicago to make money for Planned Parenthood. The “Shout Your Abortion” peeps describe the collusion thusly:

The Chicago chapter of #ShoutYourAbortion (SYA773) and the Empty Bottle team up to raise money for Planned Parenthood, a vital American nonprofit.” [emphasis mine]

Just think, on November 4, 2016 at the Empty Bottle, you can enjoy an evening listening to the band Natural Child who are “Hellbent on finding the next beer, bong or girl to suck on” and make money for Planned Parenthood!

Or if you’re busy on November 4, on November 9, you can go hear MELKBELLY who “always turn that sh*t up to 11 whenever they hit the stage and we can’t wait to see how they kick this sh*tstorm into high gear tonight.” And in the midst of the “sh*tstorm,” you can help support the Planned Parenthood death squad. Sounds like a win-win to me.

In case you missed it, on September 12, 2016, apostate Catholics spent a boatload of money for full-page ads in major cities across the country to promote the peculiar view that slaughtering babies in utero comports with Catholicism and with justice.

The ad read, “Public funding for abortion is a Catholic social justice value.” Such a claim reveals the organization’s profound ignorance. Social means, “pertaining to, devoted to, or characterized by friendly relations” or more generally, “living together in communities.” There’s nothing less likely to foster good relations in a community than forcing community members to be complicit in killing developing humans in the womb.

Justice means “the principle of moral rightness; conformity to moral rightness in action or attitude; righteousness.” I can think of few things less “righteous” than requiring citizens to fund feticide—well, except for feticide itself.

And since the Catholic Church opposes abortion, the claim of Catholics for Choice that public funding for abortion is a Catholic value is a bald-faced lie. But hey, if men can call themselves women, why can’t Catholic apostates call themselves Catholics?

“Luke, I am your…grandchild”: The myth of choice

An unsavory family drama is unfolding in Luke Skywalker’s family. The New York Post first reported that now-former girlfriend of Nathan Hamill, Mark Hamill’s son, has been pressured by Nathan and his parents to abort her and Nathan’s baby who is due in October.

After a failed attempt at a chemical abortion, the mother, Maegen Chen decided not to go through with another attempt, and the coercive efforts of the Hamills to have their first grandchild killed intensified, with Nathan’s mother Marilou telling Maegen that her relationship with Nathan would end if she didn’t kill Marilou’s grandchild: “With baby, you won’t see him; without baby, you will.”

As virtually everyone knows the word “choice” is a politically strategic euphemism exploited to conceal and sanitize what is being chosen: the unjust slaughter of a tiny human in the womb. Why not just say it.

The Hamill story exposes the myth that women are freely choosing to kill their offspring. The truth is that often parents, boyfriends, and husbands pressure women to kill their children.

Quite obviously the product of conception between two humans is a human, and no human has a moral right to end the life of another. Lack of full physical maturation on the part of one human doesn’t give other more developed humans the right to kill him or her. Neither does a human’s imperfections, geographic location, dependency status, nor “unwantedness” grant more developed humans a right to kill him or her.

In researching the barbarous activities of the pseudo-civilized personalities stumping for baby-killing, I learned the sordid story of Dr. Kenneth Edelin, who died in 2014 and was the uncle of Jeh Johnson, President Barack Obama’s secretary of Homeland Security. Johnson, it turns out, comes from a line of  feticide-supporters and practitioners.

Johnson’s mother, Norma (Edelin) Johnson, was an associate director of a Planned Parenthood facility in Poughkeepsie, New York, and his uncle was the infamous Dr. Kenneth Edelin who was at the center of a famous court case over his gruesome 1973 (legal) slaughter of a baby boy during his 24th week of development.

During  Edelin’s trial, it was revealed that the 17-year-old mother’s womb had been injected with a saline solution which ordinarily burns and poisons the baby and initiates uterine contractions that lead to the expulsion of the baby. The injections were unsuccessful, so Edelin performed a “hysterotomy” in which he made an incision in the womb (as in a caesarean section), reached in, and by hand separated the baby from the placental wall.

According to Edelin’s obituary in the Washington Post, “A doctor who witnessed the operation testified that Dr. Edelin had watched a clock for at least three minutes while holding the fetus inside the womb in order to ensure that the fetus had died before it was removed.”

Edelin disputed that claim and said that if the baby had been born alive, he “would have taken steps to get it to the nursery.”

Wow. Such compassion to be willing to take a baby whom he hadn’t successfully slaughtered to a nursery.

Edelin’s compassionate side was demonstrated again in 1975 when he told  the New York Times that “Nobody likes to do abortions…but the least we can do is make it safe and humane.”

Safe and humane for whom? For the baby boy pulled from the womb and suffocated?

Edelin, who became a hero to feticide fanatics, was convicted of manslaughter and sentenced to a year’s probation. Unfortunately, the Massachusetts Supreme Judicial Court later overturned his conviction, arguing that “only when a fetus had been born alive outside its mother could it become a ‘person’ within the meaning of the statute.”

Edelin went on to become chairman of the board at Planned Parenthood Federation of America.

So, parents, teach your children well.

Please Prayerfully consider how you can support
the work and ministry of IFI through a donation.