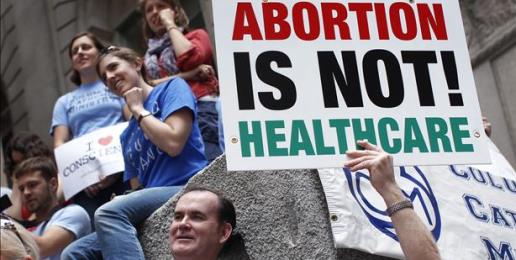 In the monumental U.S. Supreme Court (SCOTUS) ruling, a federal appeals court decision that would have forced Catholic organizations in Pennsylvania to pay for their employees’ abortion-inducing drugs as part of their medical coverage was blocked by Judge Samuel Alito Jr.

Liberty Counsel Founder and Chairman Mat Staver welcomed the SCOTUS ruling as a pivotal point toward tearing down what he considers an unconstitutional program developed by President Barack Obama to force Americans to pay for something that goes against their sincerely held religious beliefs.

On the first day the Affordable Care Act was signed into law, Staver’s international nonprofit, litigation, education and policy organization focusing on religious freedom and the sanctity of human life filed the first private lawsuit against ObamaCare on behalf of Liberty University. The case was filed to keep the Christian higher education institution from not having to pay for abortions under its healthcare policy.

Staver contends that the Obama administration is taking away the freedoms of American citizens at an unprecedented level.

Staver alludes to the irony of a self-proclaimed Christian president who continues to develop and enforce laws and policies that force believers to forsake their faith and biblical convictions.

“Christians living in America are facing a secular assault on our values and our religious liberties,” Staver argues.

The beginning of ObamaCare’s end?

Signed into law as the Patient Protection and Affordable Care Act by Obama in March 2010, many believe that ObamaCare, with all its objections and failures, is here to say, but Staver believes otherwise.

“Some have said ‘Obamacare is a done deal,’” Staver points out. “We are finding that is not the case.”

After nearly five years of reported shortcomings, complaints and legal concerns brought up regarding ObamaCare, the federal program is far from being out of the woods in the courtroom and could likely be overturned on its face in the not-so-distant future, Staver insists.

“The courts are just now beginning to respond to the many constitutional challenges of a so-called healthcare system that was used by secularists in the White House to attack sincerely held religious beliefs,” Staver said.

Just last June, SCOTUS handed the national arts-and-crafts chain Hobby Lobby a victory so that the ObamaCare abortion mandate can’t force it and other private companies with Judeo-Christian values to pay for contraception, including abortion-inducing drugs, in their healthcare coverage.

Staver views the latest SCOTUS decision as another victory against the Obama administration and the war it has been waging against Christians and the American family from its command center in the White House.

“I applaud the Supreme Court for stopping ObamaCare’s assault on human life, religious liberty, and conscience,” Staver voiced on behalf of Christian organizations and families across America.