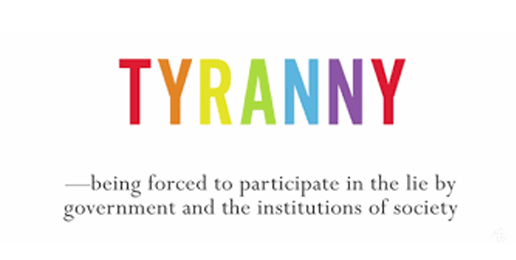 I recently had a Facebook debate with Leftist government employee (is that redundant?) Jeffery Moore, Senior Department Coordinator at Illinois Housing Development Authority. Moore alleges that I and the Illinois Family Institute are divisive, unloving, un-Christlike advocates for “Christian sharia law.” Wowzer.

I felt a response was in order, so here’s how it went down.

“You are so divisive. How about working together for one Illinois?”

I hope your comment is directed at “progressives” who are the most divisive force in America today and have been for the last 40-50 years.

It’s fascinating that if conservatives refuse to roll over and submit to the jackbooted and divisive efforts of “progressives” to recreate America in their own ideological image, they are deemed divisive.

So, you lost the “divisive” argument and are lodging a new and equally hilarious complaint. Specifically what “unconstitutional Christian sharia law” have I proposed, and how specifically does this law violate the Constitution?”

Laurie Higgins, you are still divisive and you are putting your religious views into civil matters. Our founding fathers had you in mind when they separated church and state. When I was sworn into the Peace Corps I took a pledge to defend the Constitution from all threats foreign and domestic. You know, people like you and the “Family” institute. Be careful, your religious dogma has turned you away from being Christlike. God bless you. I hope you find your way back to love.

Duly noted that you did not identify one “Christian sharia law” proposed by me or anyone else.

The phrase “separation of church and state” is not in the Constitution. It’s in a letter from Thomas Jefferson to the Danbury Baptists. He was assuring them that the government would not intrude into their free exercise of religion. People of faith are not constitutionally prohibited from having their faith shape their political decisions. I never heard “progressives” argue that those who attend churches that affirm same-sex marriage were prohibited from supporting the legalization of same-sex marriage. I never heard “progressives” argue that religious opposition to the Vietnam War constituted a violation of church and state. And I never hear “progressives” caterwaul that Dr. MLK Jr. violated the separation of church and state when he opposed civil rights violations for explicitly religious reasons. Nor do they berate him for saying this in “Letter from Birmingham Jail”:

How does one determine whether a law is just or unjust? A just law is a man made code that squares with the moral law or the law of God.

As I have written before, people from diverse faith traditions and no faith could all arrive at the same position on a particular public policy. For example, although Orthodox Jews, Muslims, Catholics, Baptists, and atheists may all oppose abortion because they value human life, the reasons for that valuation of life differ.

If there is a secular purpose for the law (e.g., to protect incipient human life or to support the inclusion of sexual differentiation in the legal definition of marriage–neither of are necessarily or exclusively grounded in religion), then voting for it does not violate the Establishment Clause of the First Amendment. The source of the various parties’ desires to protect incipient life or defend a view of marriage is no business of the government. It would be not only absurd but also unethical for the government to try to ascertain the motives and beliefs behind anyone’s opposition to abortion or same-sex “marriage” and equally unethical for the government to assert that only those who have no religious faith may vote to oppose abortion or same-sex “marriage.” Such an assertion would most assuredly violate the Free Exercise Clause of the First Amendment.

What is prohibited are laws pertaining to matters that are strictly and exclusively religious, which neither marriage nor human slaughter are.

It’s Leftists like you who pose a threat to the Constitution—particularly to the First Amendment.

Remember when sexual anarchists promised Americans that all they sought was tolerance for their wholly private sexcapades—sexcapades that never affect anyone, no way, no how? Ah, those were the days, my friends. We thought they’d never end. But then Big Brother marched in, draped in a rainbow flag and wearing a bustier, commanding Christians to call him “her” and bake a cake for his “wedding” to a man—or else.

The “or else” has emerged. It’s called The Equality Act.