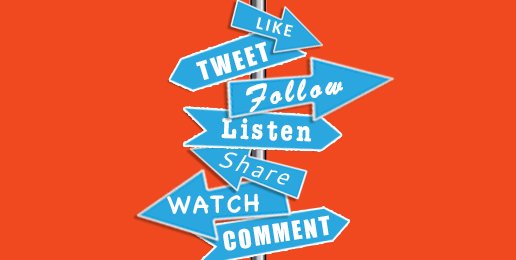 Using Every Social Media Tool to Defend Conservatism and Inform You!
Written By Tami Jackson   |   04.21.17
PRINT

Over five years ago, in 2012, Barack Obama was running for a second term. The U.S. diplomatic compound in Benghazi, Libya, had been attacked by Islamic terrorists. United States Ambassador Chris Stevens, IMO Sean Smith, and CIA Contractors and former Navy SEALS Tyrone Woods and Glen Doherty were all killed in the attack. Yet, the White House and State Department, under the lead of Obama and Secretary of State Hillary Clinton, lied repeatedly about the nature and cause of the attack.

Americans were discouraged and mourning the loss of life. Conservatives were discouraged, wondering if our sound, life-giving principles would ever again rule the day and undergird the policies of our nation’s capital.

In that backdrop I wrote an article, “The Great MSM End-Run” in an attempt to awaken conservatives, Christians, to the tools we had available for messaging and coalescing. It was quite evident years and years ago that the Progressive hordes had effectively taken over media, broadcasting, Hollywood, and academia. How could we possibly win elections, let alone hearts and minds if there were no means of dissemination at our disposal?

But the truth was and is, we do have the means and the tools if we are wise enough and disciplined enough to use them. As I wrote just prior to Election 2012:

Why then so much palpable discouragement when real polls that are scientific show it’s a neck and neck race? Why do so many solid conservatives judge the election to be already lost? Because those downcast Americans are not engaging. Consider the Right has the team, we have knowledgeable coaches, we have an ace quarterback and a receiver with great hands and unstoppable wheels. But we’re only playing prevent defense and there’s no one cheering in the stands. Sometimes momentum is everything.

We learned this the hard way in 2008 as Obama excited the young voters, utilized new media, and won the election. This time around, 4 years later, that same youth vote is not as energized, and many voting blocks are polling with lower percentages favoring Obama. The Right needs a new play, an end run…an Elisha moment. The story of this Old Testament battle comes to mind: the king of Israel was surrounded by the enemy and paralyzed by fear. Elisha spoke in 2 Kings chapter 6:

17 And Elisha prayed, “Open his eyes, Lord, so that he may see.” Then the Lord opened the servant’s eyes, and he looked and saw the hills full of horses and chariots of fire all around Elisha.

That’s where new SOCIAL media, especially Twitter, which is instantaneous and real-time, comes into play. We may all have credible, powerful information, but without unity and action despondency overcomes good intentions. However, if on a daily basis, conservatives are connecting with thousands of other right-minded folks, hope is renewed and the MSM thwarted in their game plan of overwhelming discouragement.

At about the same time, urged by friends across the nation, I wrote two Twitter tutorials that went viral. I encouraged Conservatives:

Contrary to popular opinion, twitter is not a mere megaphone for narcissists: it can be a cyber bully pulpit for enduring ideas and urgent announcements.

Twitter at first blush is a mere amusing past-time, and may even seem like a “time drain”. Oh it can be fun–absolutely!

But Twitter can also be a powerful media application, which used to good effect, can span the world with life altering news. I say we use it as though our values and Republic depend on it…and so they do.

Keep in mind, in 2008 when I first began using Twitter and social media to connect with my conservative, Christian friends across the nation, almost no one understood what in the world Twitter was or how to use it. News and other TV shows did not have Twitter accounts and did not ask people to “tweet” during their shows.

Now that has changed and we understand the dire stakes: our nation is floundering in sea of lies and immorality and desperately needs our message of hope and life.

That’s where the Illinois Family Institute comes into play. As written at the IFI website:

The Illinois Family Institute (IFI) is an independent 501c(3) non-profit ministry dedicated to upholding and re-affirming marriage, family, life and liberty in Illinois.

IFI works within the state of Illinois to promote and defend biblical truths to foster an environment where families can thrive and reach their full God-given potential to serve and glorify Him–making the most of the opportunities afforded to each of us by His gift of life and liberty.

Illinois Family Institute works hard to disseminate those biblical truths via any and all possible communication mediums.

You can connect with IFI, read articles, share articles, plan to attend IFI events, and get involved in being salt and light.

If you’re reading this, you already know about the Illinois Family Institute website. But there’s more — much more!

Wise King Solomon wrote in Proverbs 29: “Where there is no vision, the people perish.”

The Apostle Peter wrote 2,000 years ago:

But in your hearts revere Christ as Lord. Always be prepared to give an answer to everyone who asks you to give the reason for the hope that you have. But do this with gentleness and respect.

Those inspired words are as true today as they were all those millennia ago. Illinois Family Institute is doing their level best to be salt and light, to share God’s vision, and to help all of you equip yourselves with the answers for the hope that is in you.

Join us in this great venture, using the latest iteration of the Gutenberg press — digital and social media — to shine the light, to touch hearts and minds.

The Illinois Family Institute is completely dependent on voluntary contributions of individuals just like you.  Without you, we would be unable to fulfill our mission.  Please consider a donation to support our efforts!