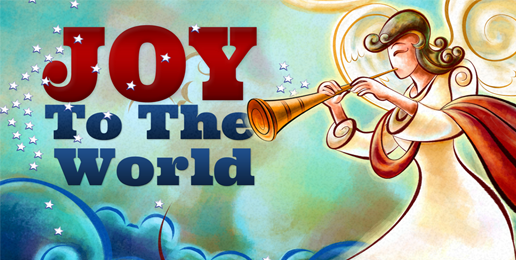 Illinois Family Institute would like to wish all of our friends a very Merry Christmas!! Enjoy this special time of the year with your families.

Below I’ve included a Christmas essay by Chicago Pastor Thorin Anderson that proclaims the good news of our Savior, Jesus Christ, yet at the same time reminds us that the world is far from being ready to accept the Truth, that we all are sinners in need a Savior.

Two thousand years ago, the wise men sought to honor and serve Him. Will we?

Thank God for His Gift of Salvation through Jesus Christ,

THE JOY OF CHRISTMAS
A Christmas essay by Rev. Thorin Anderson

What is the joy of Christmas? I expect we are all familiar with the biblical account of the angel’s announcement to the shepherds,

But have we forgotten what those tidings were?

Most of us relish the Christmas season but we may be only vaguely aware that while we decorate our houses and lawns, bake the pies and shop till we drop the real meaning of Christmas has somehow eluded us again (hence the perpetual new Christmas movie each year designed to help us rediscover it-again).

But rather than bothering to ask what’s missing, we’re willing to go along in the after-glow of Christmas’s past, singing about Santa and chestnuts roasting over the fire, rather than seeking the real thing, maybe because we’re afraid the real thing will reveal something that will make us uncomfortable.

Let’s recall what those tidings were to which the angel referred. He said, “Unto you is born this day, in the City of David, a SAVIOR who is Christ the Lord.” The advent of a Savior could mean only one thing: the human race is in need of saving!

This explains the animosity of so many, such as the ACLU, People for the American Way, and Americans for the Separation of Church and State, to the traditional Christmas story and music being presented in schools. And it explains why the untenable theory of evolution is being taught as fact in public schools. These people can tolerate anything but letting the “Divine foot in the door.” And they will never tolerate the “s” word (sin) being reintroduced into common vernacular. Never mind that every newspaper headline and newscast give overwhelming proof that we are in trouble, serious, heart-wrenching trouble.

The last thing most of us wish to deal with is the message that we need a Savior, especially in our politically correct times. Far better to let marriages collapse destroying the lives of children, to abort millions of accidentally conceived and unwanted children, to let inner city youth kill each other and space out on drugs, to bar the windows and avoid the streets at night than allow that we might not be so savvy after all. Kind of like why men don’t ask directions. Better to remain lost than to admit error.

This leaves us, of course, with a Christmas season filled with joy because, well, who knows!?! It just is, I guess. Maybe it’s all a sham, after all. We’re not permitted to suggest that one religion might have a message both unique and fulfilling. We can no longer claim that Christianity and Christmas are actually about the Creator who, having given His beloved creatures (us) liberty to choose or reject Him, entered His creation as one of us to fix what we broke by our bad choice, and to restore the relationship we had so callously betrayed and abandoned. But as long as we are in this state of denial, there can be no restoration. Most everywhere I go, I see Santas, lights, a myriad other decorations, and a few reminders of Christmas’s origins; but I see also the heavy hand of opposition.

The real joy of Christmas can only exist where people acknowledge the need of a Savior, and rejoice in His gift of restoration. Without Him all other celebrations of the season merely ring the bells of the cash register, and leave one feeling rather, uh, lost.