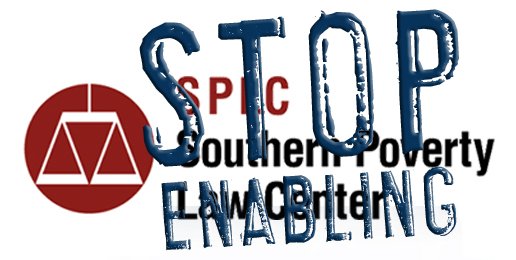 The evidence against the far Left-wing agenda of the Southern Poverty Law Center (SPLC) is overwhelmingly plain. Yet, this sinister agenda is ignored by many corporations, politicians, academics and the so-called “news” media. With their assistance, the SPLC regularly maligns conservative voices, especially Christian organizations that promote traditional sexual morality.  Illinois Family Institute has been targeted by the SPLC since 2008.

As I point out in the video interview below, the SPLC’s designation of IFI as a hate group is laughable and an outright lie. Yet it continues to be used by partisan activists.

To  put it plainly: the SPLC is a far Left organization of liberal lawyers who raise millions of dollars annually by resorting to name calling. In recent years, their primary goal has been to label organizations that affirm theologically orthodox views of homosexuality (and now gender dysphoria) as “hate groups” in order to advance the radical LGBTQIA (more to come) agenda.

If the Left were honest, they wouldn’t hesitate to identify SPLC’s bigotry against groups that hold to 2000 plus years of a traditional Christian understanding of God’s design for sex.  But they are not honest.

Moreover, the Left isn’t content with redefining sexual morality and the institution of marriage. They are desperately trying to redefine what it means to be a Christ-follower. This is nothing new, of course. There have always been false teachers who sought to add to the Word of God, create their own standards of righteousness, and to diminish God’s view of sin (1 John 5:17) – as merely minor problems with which we that we all deal (Rom: 1:32). Think “white lies.”

Those who mix humanism with a dollop of Christian flavor want to claim the title of “Christianity” but fail to see that they supplant the Gospel truth with feckless human thinking and flawed understanding of compassion. Scripture isn’t silent on this: Isaiah 55:8; Proverbs 3:5-7; Jeremiah 17:9; and Matthew 15:19.

The Christian faith is defined by the Word of God. Once it is mixed with other human philosophies, it ceases being “Christian.”

It’s time for conservatives to fight back!

What is Wrong with the Southern Poverty Law Center?
b
a
x
r