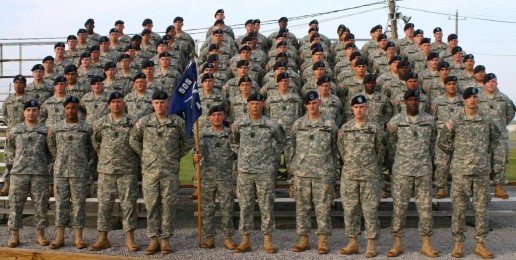 An Army officer has sent an email to subordinates labeling conservative Christian organizations as “domestic hate groups” and stating their values don’t align with “Army values.”

AFA has obtained the 14-page email sent out by Lt. Col. Jack Rich telling other officers and soldiers at Fort Campbell, Kentucky, that, specifically, the American Family Association and the Family Research Council are “domestic hate groups” because they oppose homosexuality. Rich said: “When we see behaviors that are inconsistent with Army Values, don’t just walk by – do the right thing and address the concern before it becomes a problem.” (See the email here)

Rich took inflammatory and incendiary language directly from the website of the anti-Christian Southern Poverty Law Center, then purposely and specifically chose AFA and FRC as examples of “domestic hate groups.”

There are thousands and thousands of people enlisted in the United States Army who are themselves Christian and would resent the fact that this one lieutenant colonel is purporting to speak for the whole Army by saying AFA and FRC don’t represent “Army values.”