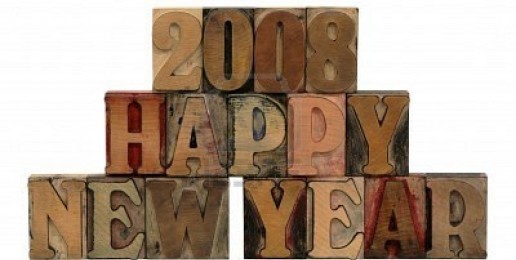 I believe one of the greatest threats facing America today is the attack on religious liberty. Even though the First Amendment of the U.S. Constitution clearly protects religion — and the practice thereof — the misinterpretation of the term “separation of church and state” has led to a systematic stripping of all references to faith in the public square.

There are a number of reasons why faith in America has been the target of groups like the ACLU and Americans United for the Separation of Church and State. Perhaps the foremost engine fueling the march toward secularism in America has stemmed from the misinterpretation of the words ‘separation of church and state’. If I were a betting man, I would wager most Americans now believe that term can be found in the U.S. Constitution. Even though a past U.S. Supreme Court Justice in 1958 warned this might become a problem one day, those who believe God and faith has no place in public life have used this term to advance their godless political agenda.

The truth of the matter is the term ‘separation of church and state’ cannot be found in any formal document, including the Declaration of Independence and the U.S. Constitution itself. As many are aware, the term has been taken out of context from a private letter sent by then-President Thomas Jefferson to the Danbury, Connecticut Baptist Association. In reality, Jefferson was trying to allay their fears that the U.S. was become a one-denominational Christian nation, similar to the Church of England which played a role in that country’s official government. But these facts have not stopped the secularists and their agenda.

Thankfully, many in our nation have decided to say “enough is enough” and the fight against the attacks on religious liberty were extremely successful in 2007; there is great hope for the new year. To illustrate my point, the Wisconsin legislature had previously voted to call the state Christmas tree a “holiday tree.” Last year, Wisconsin’s General Assembly, by a vote of 84-12 rescinded its 1985 decision and the state now officially has a Christmas tree again. Some might think this is a very small victory for religious expression. However, in reality, taking place in one of the most liberal states in the Union, Wisconsin’s decision may reveal a trend that is sweeping the country.

In Fort Collins, a small town in Colorado, city officials had decided to remove red and green lights from their city’s “holiday” displays. Late last year, due to tremendous pressure, the town’s elected officials removed the restrictions on colored Christmas lights and, once again, the spirit of the season seemed to win over politically correct madness.

In one of the most truly important occurrences in 2007, the Illinois General Assembly enacted legislation that would require a moment of silent reflection or prayer before every public school day. The Governor vetoed the bill (SB 1463), but then, by an overwhelming margin, state legislators overturned the Governor’s actions and the bill became law in a state dominated by Democratic politicians who control both Houses of the General Assembly and hold every office from Governor down to State Comptroller. Here again, Republicans and Democrats came together in an effort to reinstate freedoms guaranteed within the U.S. Constitution. Of course, it wouldn’t be America if a lone atheist hadn’t challenged the bill; as such, a decision will be forthcoming on March 5th regarding the case. The ACLU will face-off against the Alliance Defense Fund (ADF) in the court of a federal judge, and many expect the case will move on to higher courts.

But those of us who believe faith has a place in American life can take solace in the fact that Americans are fighting back against a torrent that will wash away precious rights if not checked.

“We are seeing the ACLU being more conscientious of the actions it takes because more and more people are becoming aware of its agenda, which America largely rejects,” said Nedd Kareiva, Director, Stop the ACLU Coalition. “The ACLU and other similar organizations are taking it on the chin because they are learning their positions are out of step with a sizeable majority of the American people.”

Many believe the Judeo-Christian ethic has played a major role in making America the greatest nation on earth. Yet we must not become complacent and let others do the work for us. Our religious liberties are at stake and the fight has only just begun.