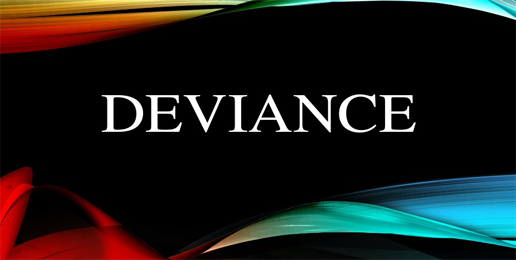 Wikipedia and Our Paraphilias of the Day: Acrotomophilia and Apotemnophilia
Written By John Biver   |   10.27.17
PRINT

These days government (“public”) schools prefer to teach from Howard Zinn’s text book rather than fact based American history. Mobs want to tear down monuments to everyone from Columbus to Lincoln, Wikipedia hasn’t gotten up to speed. Leftists want history erased, not recorded.

For all its flaws, Wikipedia has been chronicling many years of evolution in the use of language when it comes to moral standards regarding sexual behavior.

Note the opening of this paragraph from Wikipedia’s “Paraphilia” page which we have excerpted before:

Paraphilia (previously known as sexual perversion and sexual deviation) is the experience of intense sexual arousal to atypical objects, situations, fantasies, behaviors, or individuals. Such attraction may be labeled sexual fetishism. No consensus has been found for any precise border between unusual sexual interests and paraphilic ones. There is debate over which, if any, of the paraphilias should be listed in diagnostic manuals, such as the Diagnostic and Statistical Manual of Mental Disorders (DSM) or the International Classification of Diseases (ICD).

For the sake of space, let me encourage you to re-read that, focusing on what each sentence is saying. “Previously known as…” “No consensus has been found…” “There is a debate over…”

One might expect a “91 percent of scientists agree” line as we falsely hear about man-made climate change, but no, Wikipedia admits there is, indeed, disagreement.

What also stands out is their use of the DSM (mental disorders!) and even their mentioning of diseases (a no-no as it undercuts the “gay” happy narrative).

Here is the opening sentence of Wikipedia’s next paragraph: “The number and taxonomy of paraphilia is under debate; one source lists as many as 549 types of paraphilia.”

To learn more about that number of “unusual sexual practices,” here is the book to read: Forensic and Medico-legal Aspects of Sexual Crimes and Unusual Sexual Practices by Anil Aggrawal (here is an excerpt at Google Books).

Not to get too far into the weeds, but researchers have now created several paraphilia classifications. Why?

There is scientific and political controversy regarding the continued inclusion of sex-related diagnoses such as the paraphilias in the DSM, due to the stigma of being classified as a mental illness.

Some groups, seeking greater understanding and acceptance of sexual diversity, have lobbied for changes to the legal and medical status of unusual sexual interests and practices.

One way some divide up the paraphilias is between the “typical” and “atypical.” I could find no reference to the dividing line between the two. I assume some Leftist researcher is on the hunt for one. Or maybe not.

Again, note the “formerly known as sexual perversion…” Later, in the page, the word “Perversion” is linked to its very own page. It opens: “Perversion is a type of human behavior that deviates from that which is understood to be orthodox or normal.”

The Wikipedia editors included this paragraph:

One view is that the concept of perversion is subjective, and its application varies depending on the individual. Another view considers that perversion is a degradation of an objectively true morality.

The “perversion” page links to the “Permissive Society” Wikipedia page:

With the sexual revolution of the later twentieth century, much that Freud had argued for became part of a new, wide-ranging liberal consensus, a quasi-normative belief that “everyone’s entitled to his own sex life…”

The permissive society page links to the Wikipedia page for “Deviance.” To review, we’ve gone from Paraphilia to Perversion to Permissive Society and have arrived at Deviance.

Our list of basic definitions continues with the opening of the “deviance” page:

In sociology, deviance describes an action or behavior that violates social norms, including a formally enacted rule (e.g., crime), as well as informal violations of social norms (e.g., rejecting folkways and mores).

Of course, norms are relative:

Deviance can be relative to place and time because what is considered deviant in one social context may be non-deviant in another (e.g., fighting in a nursing home vs. fighting during a hockey game). Killing another human is considered wrong, except when governments permit it during warfare or for self defense.

And so, society — and morality — evolves. Leftists call it progressive. Those who support the West’s Judeo-Christian foundation call it a return to paganism.

Now to our Paraphilias of the Day, which is really a follow-up to our post about Body Integrity Identity Disorder: Acrotomophilia and Apotemnophilia:

Acrotomophilia (from the Greek ákron [extremity], tómos [a cut] and philía [love]), refers to a paraphilia in which an individual expresses strong sexual interest in amputees. It is a counterpart to apotemnophilia, the sexual interest in being an amputee.

Follow the links to learn a lot more (though I understand completely if you prefer not to).

The number of letters following LGBT continues to grow, and I have yet to see any Leftist attempting to stop the addition of letters. Thus, as we continue with this series, it’s important to understand that all those letters represent groups which are claiming that they are being denied rights (or something) and, of course, wide acceptance because of bigotry. Regarding the latter, it’s not a matter of bigotry but of a differing view of morality.

Remember when Wikipedia wasn’t needed to keep up on all the definitions of common words? Back then, perversion was perversion, period.