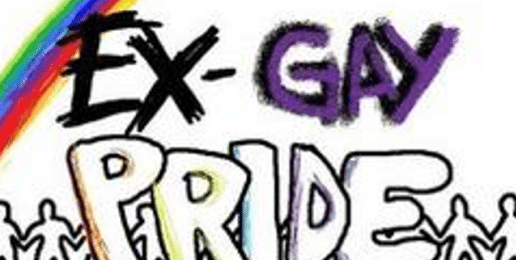 Written by by Joseph Nicolosi, Ph.D.

This summer, a British television network called to interview me for a show about efforts toward sexual-orientation change. The host of the show, they informed me, was a gay man. I declined the invitation, stating that the host’s gay identity would disqualify him from a fair evaluation of the ex-gay experience.

To refuse participation because the host is gay may seem unreasonable, until we recognize that the adoption of a gay identity typically prevents someone from honestly assessing the experience of the other man who has taken a different developmental route– i.e., the ex-gay person.

Why would this be true? Let me explain.

According to the literature, the “coming out of the closet” process begins in early adolescence with the discovery of same-sex attraction. The teenager then usually rejects his homosexual feelings because of the negative social values around him. His painful and lonely efforts to suppress, repress and deny his feelings result in guilt and shame, which eventually culminates in self-loathing.

But shortly thereafter, this teenager discovers that there are others like him, and often through the support and encouragement of a gay counselor, coach, teacher or religious leader, he decides that gay is “who he is.” The adoption of this gay identity necessitates the abandonment of any hope that he could ever modify his unwanted feelings and develop his heterosexual potential. He must surrender his earlier wish that he could have a conventional marriage and family. So in order to internalize this gay identity he must mourn the possibility of ever resolving his unwanted homosexuality; i.e., he must grieve the loss of what he yearned for.

It is this process of grieving his own hopes and mourning his own dreams which prevents the person who later identifies as gay from believing that change is possible for others: “If I myself could not change, how could they?” Perhaps on a deeper level, this thought is also rooted in anger: “If I cannot have what I wanted for my own life, neither should they.”

Explaining this inherent bias of the gay-identified person against the ex-gay person’s experience, an Orthodox Jewish friend of mine commented: “It would be like a group of rabbis deciding that they themselves would determine if Jesus really was God.” “Worse,” I responded. “It would be more like a person desperately trying to find God in his life, abandoning the hope and adopting atheism, then setting himself up as the person who determines the reality of God in the lives of others.”

And it is that grieving process, that painful letting-go of one’s dreams, that has biased the gay person’s evaluation of the ex-gay experience.

However, public-policy decisions on homosexual issues are, in fact, typically determined by gay activists who carry this intrinsic prejudice.  It is gay teachers who determine policy for homosexual students; gay librarians who determine what books are permitted on the library shelves; and gay mental-health professionals who get to tell the world whether any sort of sexual-orientation modification is possible.  For example, anyone who has a comment or question about APA (American Psychological Association) policy is referred to the Office of Lesbian, Gay, Bisexual and Transgender Concerns, which does not recognize ex-gays or the concerns of people struggling to change.

In fact, the most grievous and damaging example of this prejudice is the recent APA Task Force Report on the treatment of homosexuality, written by a panel that consisted almost entirely of gay mental-health practitioners. Of the six APA panelists, five self-identify as gay or bisexual, and the APA Staff Liaison who chose them, Clinton Anderson, is also gay. All of the panelists admitted, at the start of their work, to being opposed to reorientation therapy. Not a single  reorientation therapist who applied to be a part of the Task Force–and there were several distinguished and scholarly psychologists who did apply– were permitted to join the committee.

An additional result of gay activism’s power to determine public policy is the fact that ex-gays are then marginalized and intimidated into silence. Gays see them as “gays-in-process,” or gays with a small “g,” and not entitled to claim a valid identity in their own right. Ex-gays, they believe, are merely gays who have not yet come out of the closet; they are simply “inhibited by their own homophobia.”

But the emergence of the ex-gay person can change this balance of power. Despite the intimidating influence of gay activism, society is beginning to recognize the ex-gay person’s  existence, as ex-gay men and women are telling us about their lives.  Further, there is an impressive group of ex-gay websites, such as peoplecanchange.com, restoredhopenetwork.com, and voices-of-change.org, where ex-gay men and women tell their stories.

People Can Change continues to offer its JIM (Journey Into Manhood) Weekends, scheduled in 2013 for several locations in the U.S., as well as one in Israel. The ex-gay person was also recently legally acknowledged by Washington D.C. as a distinct sexual minority.

The new support group Restored Hope Network has also emerged, vibrant and powerfully committed, to replace Exodus Ministries (which recently closed down). Further, the Executive Director of HA (Homosexuals Anonymous), Dr. Douglas McIntyre, launched a 10-day tour this summer to lobby for freedom of choice for youth to pursue counseling for unwanted homosexuality.

Every social movement has used as a tool toward its success the shaming and intimidating of others who do not agree with them. Those who disagree with them are stigmatized and excluded from the cultural discourse.  As time goes by, I believe this swing to extremism will ultimately right itself. But in the meanwhile, we must look to that core of committed individuals who understand that our bodies tell us who we are– that humanity was designed and created for heterosexuality, and we must support those men and women who are brave enough to speak out and say, “We have changed.”

This article first appeared at the NARTH.com blog. You can see the original article HERE.