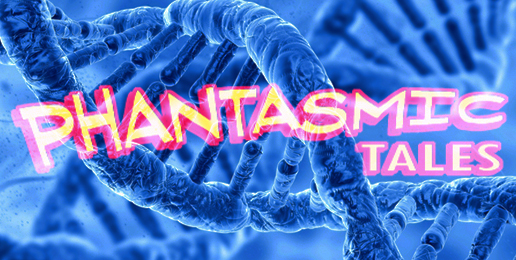 Those who claim to be “trans,” say that being “trans” is their “reality” and that everyone should respect that. “Trans”-cultists fail to clarify, however, what kind of phenomenon they are referring to when they talk about their “reality.” As with all Leftist ideas about sexuality, terms must be defined and used consistently. Reality can describe one’s subjective, internal feelings or desires, or it can denote objective, immutable material phenomena. The use of the term “reality” or “real” with respect to subjective, internal feelings simply means that the person claiming to experience a feeling or desire actually experiences it. His desires could be good or bad, morally neutral or reprobate, consonant with objective reality or delusional. Accepting that a “trans”-identifying person’s subjective internal desires are real is a morally neutral act. For example, no one should have any moral qualms about accepting Bruce Jenner’s claim that his reality—used in the sense of describing his subjective desires—is that he is female. Everyone can justifiably accept that he really does desire to be female or thinks he is.

But there are other phenomena that the word “reality” points to: that is, objective material things, like Jenner’s biological sex. Jenner’s desire to be a woman and his attempts to conceal that he’s a man do not make his bodily reality female. And not even commitments to respect—which means to hold something in esteem—require others to treat Jenner’s biological sex as if it didn’t exist or weren’t important. Quite the contrary, commitments to treating others with respect require that we do not deny reality.

When it comes to objective material reality, there is no “my” reality. There is only reality. Each person’s subjective desires—especially delusional or disordered desires—place no ethical obligations on others.  That means, for example, that others have no ethical obligation to use incorrect or newly invented pronouns that reflect a set of arguable beliefs about disordered desires. Reality—the real, extant, material world—includes the sexual embodiment of all humans. It is neither compassionate nor good to treat delusional desires as if they reflect objective material reality. Knowing what is compassionate and good depends on knowing first what is real and true—as opposed to “truthy.”

Many “trans”-cultists claim to know they are the sex they aren’t based on their interest in activities associated with the opposite sex. But that contradicts “progressive” claims that there is nothing intrinsically male or female about, for example, toys or clothing styles. “Progressives” claim the gendered associations that exist are arbitrary and culturally imposed. If that’s the case, then interests say nothing about intrinsic maleness or femaleness.

That’s not the only contradiction. “Trans”-cultists continue to look to hard science in a desperate quest to prove their metaphysical claim about their subjective, internal, non-material feelings. In the meantime, however, they put their faith in unreliable social science as their unreliable arbiter of ultimate truth.

And the culture suffers. Big Brother has outgrown his—I mean zir’s—already enormous britches and is foisting language rules on everyone, starting with government employees. Surgeons and sex-hormone manufacturers are making bank on the surgical mutilation and chemical sterilization of healthy children. Boys, girls, men, and women are being forced to relinquish their privacy in spaces where they undress and engage in bodily functions. The government has been enjoined to participate in fraud by providing falsified birth certificates and driver’s licenses to facilitate sex-“passing.” Women’s sports at all levels are being ruined. Parents are concealing the sex of their children—even from the children themselves. Adults are saying absurd things like “Women can have penises” and “Men can ‘chest-feed’ babies.” Children are being re-educated into believing that subjective, internal feelings about femaleness and maleness supersede in value and relevance biological sex, including in private spaces. The eradication of all public recognition of sexual differentiation is almost here.

Our ignorance of the incoherence and implications of the “trans” ideology along with our cowardice has already started us slip-sliding away, down that proverbial slicked up slope. And who are being hurt the most? Children as usual. And still we say nothing.