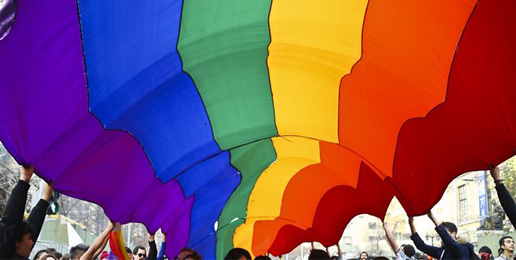 The conceit of our age is that we can alter reality at a whim. We’re really that smart and powerful.

We not only can control the planet’s weather, but we can defy God’s essential design for life, reflected in nature and cultures trillions of times a day.

This being Pride Month, we’re all supposed to take pride in any and all departures from the normal, so it might be worth a look at where that will take us.

Lacking the sheer muscularity of the American reflex toward liberty, Great Britain, along with other Western European nations, is venturing into thought control at a more rapid pace than our own cultural Marxists are steering us.

The Advertising Standards Authority (ASA) of the United Kingdom, for example, has issued guidelines prohibiting ads that “play up roles deemed more feminine or male, as well as derogatory messages around body image.”

Citing an online petition objecting to a subway ad featuring a bikini-clad model asking, “Are you beach body ready?” the ASA came down on the advertiser like Godzilla’s foot on Bambi. It wasn’t the immorality of sexualizing the female body that bothered them.  It was because the ad conveyed inequality.

Gender stereotypes “can contribute to inequality in society with costs for all of us,” explains Guy Parker, the ASA’s chief executive.  ASA’s guidelines, which took effect on June 14, say that “attractive” people can still be featured, but that “ads should avoid mocking people for not conforming to gender stereotypes, including in a context that is intended to be humorous…. [the] “it’s a joke” defence probably won’t be enough to convince the ASA that there isn’t a problem under the new rule.”

“Advertising that links physique and body image to a successful romantic or social life” is also banned, the Washington Post wrote. “As are ads that belittle men for doing stereotypical ‘female’ tasks.”

Well, that would put the kibosh on a lot of American TV ads.  Many show helpless men coming around to their wife or girlfriend’s superior point of view, which centers on buying some product.  Some of those actors are getting really good at smiling sheepishly.

Advertisers could put the shoe on the other foot, showing women cutely failing at “male” tasks only to succeed with the aid of the product being advertised.   But such depictions are now verboten. To make us all the same, men have to be denigrated.

Our cultural masters want to make a religion out of sameness in the name of equality, and it usually comes at the expense of whatever is natural, normal or good.  The hyper-sensitive ASA, for example, issued a notice last week urging companies to promote “gay pride,” which not everyone might appreciate.

During the early 20th century, G.K. Chesterton lamented “the modern and morbid habit of always sacrificing the normal to the abnormal.”

Which brings us to our modern culture, in which “equality” has morphed into a trump card over all other considerations, including First Amendment liberties.  In the name of equality, utterly unequal situations are dictated that violate truth and fairness. Think of the trans “girls” beating out actual girls in track events, which has, blessedly, triggered lawsuits in Connecticut.

“The worst form of inequality is to try to make unequal things equal,” Aristotle wrote In the third century B.C.  Doing so is to lie. But worse is forcing others to lie. As author Jennifer Roback Morse says, “If the government can make you say, ‘Bruce Jenner is a woman,’ they can make you say anything.”

“To compel a man to furnish contributions of money for the propagation of opinions which he disbelieves and abhors, is sinful and tyrannical,” Thomas Jefferson wrote in the original draft of the Virginia Statute for Religious Freedom.

For years, atheist, racialist and pansexual activists have lied to us about their true goal. They don’t want tolerance. They want to replace our Judeo-Christian culture with a socialist version of Sodom and Gomorrah populated by easily manipulated identity groups.  In the name of “equality” they insist on wiping away any reminders of our country’s family-oriented laws, its historic figures or its religious heritage.  Just this week, an Alaskan town fearing legal action opened its borough assembly meeting with a “prayer” to Satan.

The U.S. Supreme Court, which is supposed to be a bulwark against threats to our constitutional republic, has itself been complicit, opening the floodgates of obscenity, abortion and faux marriage.

But the Court did get it right with the Masterpiece Cakeshop case last year, and partly right in another bakery case last week. On Thursday, the Court rejected an atheist group’s demand to tear down the 40-foot Bladensburg Cross at a Maryland intersection where it was erected in 1925 to honor 49 local soldiers killed in World War I.

If the Court keeps up its rediscovery of common sense, perhaps the concept of “equality” will be restored from enforced “sameness” to its original meaning – without the destructive notion that all behavior and ideas are equally valid.