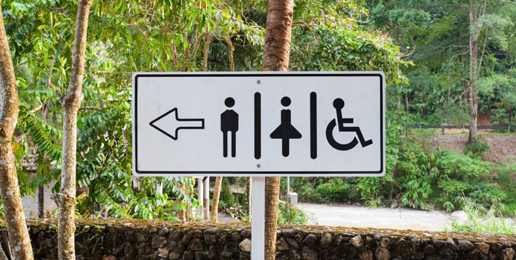 Thanks to Bruce “Caitlyn” Jenner and many others, we’re all familiar with the concept of being transgender. But what about being transabled or transracial or transspecies or transage? Are these all valid and real? Or are all of them — including being transgender — based primarily on mental or emotional disorders?

The question of being “transage” — referring to someone who feels he or she is a child trapped in an adult’s body — was recently in the news with this shocking headline: “TRANS-AGE: Pedophile Charged With Abusing 3 Girls Says He’s A 9-Year-Old Trapped In Man’s Body.”

Putting aside the inexcusable nature of this man’s alleged crimes, he’s hardly the first to make this claim. Consider the story of a married man with 7 children who now lives as a 6-year-old girl with his new adoptive “parents.”

Then there are those who identify as “transabled.” This headline explains: “Becoming disabled by choice, not chance: ‘Transabled’ people feel like impostors in their fully working bodies.”

Yes, people like this are tormented by their healthy bodies, feeling the compulsion to be crippled or without a hand or blind. Some have even frozen a foot until it had to be amputated, sawed off their legs (literally) or blinded themselves, all in a desire to find inner peace and wholeness. And once the gory job is done, they are thrilled with their radical choice.

Then there are those who identity as transracial. Wikipedia defines this as individuals “who claim to have a racial identity that differs from their birth race,” like Rachel Dolezal.

And then there are those who identify as transspecies, like the young woman who lives her life as a cat.

A story by Daniel Greenfield on Frontpage Magazine dating back to 2013 addressed this growing phenomenon. But, as Greenfield noted, the transgender community was not too happy with this.

Like most newly minted civil rights groups, Trannies are intolerant of Transpecies Americans accusing them of only pretending to think that they’re cats and playing the old, “How dare you compare your pain to my pain and your imaginary identity to my imaginary identity” game.

Where is the Test?

I’ve read transgender blog posts about people identifying as transspecies. On the one hand, the transgender community wants to be compassionate, recognizing the validity of what others perceive as reality. At the same time, not a few of them said, “But there’s a big difference, since some of us really do have male brains in female bodies, but no human being has a leopard’s brain or a wolf’s brain.”

But that raises the question: Where’s the test? How do we differentiate the case of someone who identifies as transabled? What’s the difference between a mind map telling someone that their left hand shouldn’t be there, and someone who believes she’s a woman trapped in a man’s body?

Greenfield had this to say:

Insanity. It’s not just a mental illness. It’s also an identity. Men in dresses claim that gender is in the mind, not in the body. If you think you’re a woman, then you are a woman. What used to be a minor form of eccentric insanity has now become educational policy in schools.

But why stop at gender when you can also do species? There are people who believe that their true identity is that of an animal. And who is to say that species isn’t in the mind, just like gender is in the mind?

This isn’t just a thought-experiment or satire. It’s reality.

And, he notes, like those who identify as transgender, “Transpecies Americans create special pronouns for themselves and insist that refusing to pretend that they’re cats or wolves is a hate crime.”

Do I write this to mock those who identify as transabled or transgender? Quite the contrary.

I write this to ask what makes transgender identity different from these other, deeply perceived identities, some of which have been documented to produce deep personal pain.

And if we can agree that it is far from loving to affirm someone’s false sense of reality — like Rachel Dolezal — than we can agree to continue to work towards finding positive cures for transgenderism rather than affirming Bruce as Caitlyn.

It’s easy to affirm, but love doesn’t always do what’s easy. This is a call for sanity as much as a call for love.

This article was originally posted at Stream.org.