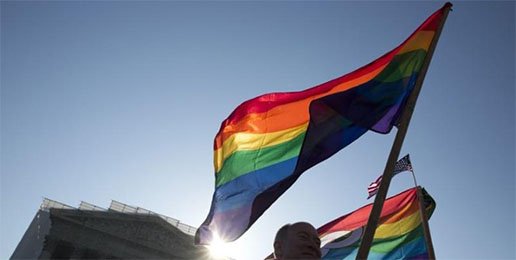 One of my hopes for the New Year is that more people will find the courage to ignore or even speak up against cultural and moral insanity instead of going along with it.

It’s difficult in many circumstances, such as working in a large corporation with “diversity” brainwashing sessions.  Not everyone can afford to ask a question and earn an instant pink slip, especially those with dependents.  But we don’t have to become cheerleaders for things that violate our beliefs.

In Hans Christian Andersen’s The Emperor’s New Clothes, a young boy is the only person brave enough to point out the lack of attire on the prancing royal who was sold invisible duds by two con artists.   The rest of the boy’s countrymen fear offending the idiot emperor, and so they abet the illusion.

A similar willingness to deny reality pervades our culture.  We don’t have a monarch with the power of life and death over us, but we do have a decadent ruling elite.  They are tightening the screws on what we can say in public, at work, or even over the Internet if we know what’s good for us.

In 150 papers including The Washington Post, Ms. Dickinson, like many of today’s advice columnists, condemns those who resist the latest breakdown in sexual morality.

This past week, she chastised a letter writer for expressing discomfort with a 40-year-old man “seeing” his or her (it’s not clear from the letter) 20-year-old brother.

The writer, who signed the letter as “Dreading,” wrote that “the fact that [my younger brother] is gay isn’t exactly shocking, but it’s something we are all still adjusting to.” The younger brother wants to bring the man to a family gathering (because another brother, after all, is bringing his girlfriend).  The parents are afraid to say anything, and “the whole situation makes me dread going home. I don’t want to be forced into an awkward situation.”

What a delicious dish to serve up to Amy.  Why, it’s so perfect for her purposes that it reads almost as if she made it up herself.

“My first reaction is to wonder why you need so much time to process this simple (and “not shocking”) news, and why this makes you so uncomfortable,” she writes.  “I don’t want to label you as a homophobe, and yet: You are filled with dread and anxiety about the ‘awkwardness’ of your brother’s sexuality.  You have an aversion to it.  This seems pretty phobic to me.”

A phobia is an “irrational, excessive or persistent fear,” according to Webster’s.  It smacks of mental illness.

After hammering “Dreading” a bit more, she concludes with this:  “Grow up!”

Leaving aside her refined argumentation, Amy shows little concern over a guy just out of his teens being pursued by a man 20 years older.  If it were a 20-year-old younger sister who was being hit on by a 40-year-old man, would it be immature to ask a few questions and express some worry? Or would that be “sexist?”

As moral relativism sweeps through the culture, we’re asked more and more to deny obvious truths and instead swallow whoppers like these:

Men and women are interchangeable in all situations, including combat and eventually even childbirth.

The media strive for objectivity and have no discernible political agenda.

All religions equally promote peace, including “the religion of peace,” some of whose adherents are featured in daily news stories about beheadings, public whippings, burnings and suicide bombs strapped to women and children.

Abortion is a minor “procedure” that has nothing to do with taking the life of a uniquely formed human being.

Democrats have the best interests of the middle class at heart and want to cut taxes and reduce government.

Asking all voters to show an ID is exactly the same as racist Jim Crow laws.

No culture is superior to another.  America would be America if it had been founded by Buddhist monks instead of the likes of George Washington, John Adams and Thomas Jefferson.

Animals should have rights identical to those of humans and even be assigned lawyers.

I could go on.  But so many naked emperors are on the loose that it might make even that little boy in the story think twice before bucking the New Order.

Robert Knight
Robert H. Knight, Executive Director and Policy Expert, has been a journalist for 15 years, including 7 as editor/writer at Los Angeles Times. He holds a B.S. in Political Science from American University, 1973 and a M.A., Political Science; 1975 American University, and a Media Fellowship, 1989-1990 Hoover Institution, Stanford University. He has also held senior positions with the Heritage Foundation, Family Research Council, Concerned Women for America, Media Research Center, and Coral Ridge Ministries. He has authored three books and hundreds of reports, papers and articles....
Full bio and more from Robert Knight