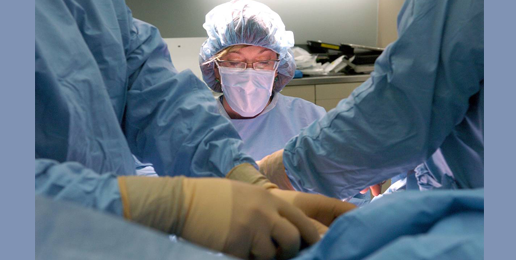 School administrators and board members terrified of expensive lawsuits are capitulating to the demands of “gender”-confused adolescents. Parents are capitulating to the disordered thinking of their children, terrified that if they don’t, their children will commit suicide. Their fears are stoked by a deeply flawed study that is grossly misunderstood. Academia, the arts, and the professional medical and mental health communities are controlled by Leftists who affirm the nonsensical “trans” ideology. And the mainstream press—not known for deep thinking—swallows and regurgitates any Leftist nonsense that comes oozing or surging down the polluted pike. That’s why you’ll hear even FOX News pundits using incorrect pronouns when referring to those who pretend they are the sex they are not and never can be.

So here’s some information you won’t likely learn from the press, school administrators, or board members:

1.) No one knows what causes gender dysphoria. While some subscribe to “brain sex” theories of causation (for which there is no proof) or believe that intrauterine hormone exposure causes the development of gender dysphoria, there are other possibilities, including pubertal changes (e.g., early breast development in girls can lead to unwanted male attention that results in girls feeling uncomfortable with their female bodies); autism; sexual abuse; childhood trauma ; family dysfunction; and excessively rigid gender roles. Moreover, even a discovery that biochemical factors influence the development of feelings about gender would not mean that chemical and surgical treatments are appropriate responses to gender dysphoria.

2.) Gender dysphoria can diminish, resolve, or be treated in less drastic ways than the “trans”-affirming protocol that involves chemical and surgical interventions for a non-medical problem (i.e., puberty is not a medical problem). The best research to date suggests that upwards of 80% of gender-dysphoric children will “desist,” that is, their gender dysphoria will resolve and they will accept their bodies, unless their rejection of their natal sex is affirmed by their environment.

3.) There’s been an explosion in the numbers of children and teens identifying as “transgender,” including teens who never before exhibited signs of gender dysphoria. This latter phenomenon, which affects primarily teen girls, has been called “rapid onset gender dysphoria.” Some parents are reporting that their children have several friends who identify as “trans,” and some are reporting that their children self-diagnosed after spending time on the Internet where they encountered videos or chat rooms in which young people describe their gender dysphoria or “trans” identity. Many believe the dramatic increase in this profoundly unnatural phenomenon results from “social contagion,” which tends to affect adolescents much more than adults.

4.) The medical community admits it has no idea whether pathologizing healthy sexual development and setting children and teens on a path of lifetime risky medical treatments will help them, and they have no idea if these children will grow up to regret their “transitions.”

5.)  Gatekeeping is lax. Gatekeeping is the process that determines who accesses “trans”-affirming medical treatment like prescriptions for cross-sex hormones. Parents and former “trans”-identified men and women criticize the mental health community for failing to take adequate medical and mental health histories of new patients that might reveal “co-morbidities” (i.e., the simultaneous presence of more than one chronic disease or condition in a patient) prior to prescribing cross-sex hormones or making surgery referrals. Some young gender-dysphoria sufferers are able to get prescriptions for opposite-sex hormones after just a couple of visits with a doctor. Worse, the pressure is mounting from the “trans” cult to eliminate gatekeeping entirely, even for minors.

6.)  Puberty-blockers carry serious known health risks, and long-term effects are unknown. Kaiser Health News recently wrote about one of the primary puberty blockers administered to gender-dysphoric children: Lupron. Lupron is thought to cause osteopenia (bone-thinning), osteoporosis (bone loss), degenerative disc disease, fibromyalgia, and depression. Due to the number and nature of complaints received, the FDA is now reviewing the safety of Lupron.

7.)  “Progressives” argue that the effects of puberty blockers are reversible and merely buy gender-dysphoric children time to figure out their “gender identity.” What they don’t share is that the vast majority of children who take puberty blockers move on to cross-sex hormones. In contrast, as mentioned earlier, upwards of 80% of gender-dysphoric children who do not take puberty blockers or socially transition eventually accept their sex. Preventing the process of puberty to proceed naturally not only interferes with the biological and anatomical development of children but also changes the social experiences that attend puberty.

8.) Cross-sex hormones are risky and lifetime effects unknown. Voice changes, sterility, and hair growth patterns (including male pattern baldness in women who take testosterone) are irreversible. Side effects and long-term health risks for women who take testosterone include a decrease in good cholesterol (HDL), an increase in bad cholesterol (LDL), an increase in blood pressure, a decrease in the body’s sensitivity to insulin, weight gain, possible increase in risk of heart disease (including heart attack), stroke, and diabetes. The side effects and long-term health risks for men who take estrogen include liver damage and disease, blood clots, stroke, diabetes, gall stones, heart disease, prolactinoma (a cancer of the pituitary gland that can, in turn, damage vision), nausea, and migraines.

9.) Many gender-dysphoric girls bind their breasts much like Chinese women used to bind their feet. “Chest-binding” carries serious health risks including compressed ribs, which can cause blood flow problems and increase the risk of developing blood clots. Over time, this can lead to inflamed ribs (costochondritis) and even heart attacks due to decreased blood flow to the heart, fractured ribs that can lead to punctured and collapsed lungs, and back problems.

10.) Boys under 18 can have vaginoplasty in which they are castrated and the skin from their penises and scrotums used to fashion the likeness of a vagina and labia. A surgeon, in effect, turns a boy’s penis inside out, with the outside skin of the penis becoming the lining of the “neovagina.” Alternatively, boys can have “intestinal” or “sigmoid colon” vaginoplasty, which uses part of their intestines to construct “neovaginas.” A 2015 study showed that between 12-43% of patients who had vaginoplasty experienced “neovaginal” narrowing, and 33% experienced “changes in urine stream and heightened risk of urethral infection.”

Bottom surgery for girls who pretend to be boys is more complicated and has less satisfactory results. It first requires a hysterectomy followed several months later by phalloplasty which requires skin grafts taken from the forearm or thigh to create a penis that has no capacity for producing an erection. Therefore, patients who want to have intercourse will need penile implants, the most common of which requires the most skill to use, has the highest complication rate (50% must be removed due to complications), and must be replaced every 3-15 years.

Watch this video to learn firsthand from a young woman about the risks of phalloplasty, which she had in her disordered quest “to pee standing up” (warning: obscene and graphic language):

And here’s Cody before her disfiguring surgery:

Minor girls can also get double mastectomies as young as 15 years old.

All surgeries carry risk, but teens and young adults are having these life-altering, risky procedures—not to treat a disease—but to alter normal, healthy processes and mutilate healthy anatomy.

11.)  Several studies reveal that the majority of “trans” identifying adults desire to have their own biological children, and yet minors are being given cross-sex hormones that leave them permanently sterile. Further, “it is not currently possible to freeze immature gametes.”

12.) There is a growing “detransitioning” movement. Detransitioners are men and women of diverse ages who  regret having taken cross-sex hormones and amputated healthy body parts. Many have come to understand the cause or causes of their gender dysphoria and feel sorrow over the irreversible damage they have done to their bodies. Their stories, easily available online, are painful to hear.

13.)  Research into gender reversal transitions is stymied by political pressure from “trans” activists.

If you truly care about the children who are being so grievously harmed, if you care about justice, if you care about truth, please spend some time on these websites: 4thWaveNow, which is a a “community of parents & friends skeptical of the ‘transgender child/teen’ trend” and Transgender Trend, a left-leaning but apolitical website created by parents “who are concerned about the current trend to diagnose ‘gender non-conforming’ children as transgender.”

What is now commonly understood is that brain development is not complete until about age 25.

The rational part of a teen’s brain isn’t fully developed and won’t be until age 25 or so…. Adults think with the prefrontal cortex, the brain’s rational part. This is the part of the brain that responds to situations with good judgment and an awareness of long-term consequences. Teens process information with the amygdala. This is the emotional part.

In teen’s brains, the connections between the emotional part of the brain and the decision-making center are still developing—and not necessarily at the same rate. That’s why when teens experience overwhelming emotional input, they can’t explain later what they were thinking. They weren’t thinking as much as they were feeling.

Culture is providing a lens through which young people with still developing brains interpret their experiences of discomfort with their bodies. This lens is distorting common, usually transient experiences.

As months and years pass, more men and women will tell their stories of anger and sorrow at being deluded and betrayed as children by ignorant and cowardly adults—some of whom cared more about lawsuits than about children.

So, when your school administration and board decide to allow objectively male students into girls’ private spaces or vice versa, ask them if they will accept some measure of responsibility for facilitating confusion and error when ten or twenty years from now, the “trans” ideology is exposed as one of the great pseudo-scientific errors in American history along with Freud’s theories of psychosexual development, false memory syndrome, and  lobotomies.

For more information about detransitioning, watch these Youtube video clips: