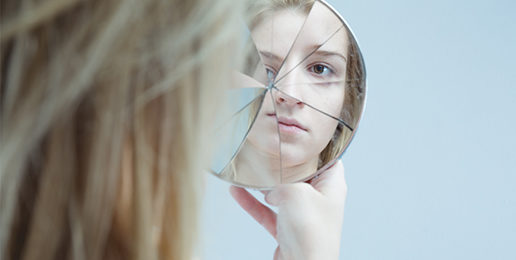 Here are just two of the countless unbearable stories of sorrow and regret that the mainstream press doesn’t want to tell. Here are just two of the many nightmarish stories that “gender therapists,” cosmetic surgeons, urologists, endocrinologists, pharmaceutical companies, and vocal coaches who profit from the confusion of children don’t want you to hear. Here are the accounts of bone-deep anguish from young people who feel betrayed by adults who facilitated the chemical and surgical ravaging of their once whole and healthy bodies:

I’m 16 and my body is ruined. I destroyed every piece of me that made me a female, or at least, the parts that made me look and feel like one. I was on testosterone for a year and a half so my voice is fucked, my boobs are gone, I’m very hairy. … Just don’t really see the point in living if it’s gonna be like this. I can’t believe that everyone in my life failed me so hard. How are we letting insecure 14 year old girls make the decision to mutilate and ruin their bodies. I’m angry. I’m angry at this sick agenda. I’m angry at the sick people who think you have any other choice but to accept what you were given at birth. I’m angry that these sick people are pushing their sick agendas on sick, insecure, damaged, naive, gullible, children. Children don’t know what they want. Neither do the rest of these “trans” people. I’m sorry but you can’t change who you are. All it will do is send you into madness. Unfortunately, I’ve had to learn that lesson the hard way. I don’t “feel” like a girl or a boy. I just am. I’m just me. I wish someone could’ve told me that I was beautiful just the way I was. I was so beautiful. Now I am ruined. I was a singer. I had a delicate, soft voice. Now it’s harsh, like a teenage boy’s. All of these regrets, all of these memories, the pictures on my phone that I can’t stop staring at, staying up all night crying, listening to recordings of my old voice, realizing how if someone had just paid attention to me, maybe I wouldn’t be in this situation. I’m furious, and there’s nothing I can do except warn other young girls not to make the same mistake that I did. But I wouldn’t have listened either. I wanted that escape. I wanted to be a man so bad. Being a girl brought me nothing but tragedy. I was beaten and molested as a child. I felt weak. I wanted to be strong. I didn’t want to be another object for men to use. I wanted to be seen as a person. Well, now I’m a freak.

Two years ago, I was a healthy, beautiful girl heading toward high school graduation. But after taking testosterone for a year, I turned into an overweight, pre-diabetic nightmare of a transgender man. …

I’m one of many young women that have been failed by the medical system. I was diagnosed with gender dysphoria, a mental-health condition. I was treated with mega-doses of powerful testosterone that ravaged my body, caused me to gain 50 pounds, and put me at risk for heart disease, diabetes, and teenage menopause.

I’m not putting all the blame on the mental health people or the doctors. These are regretful choices I made as a teenager. But I trusted the doctor’s advice. They were the experts, who was I not to listen to them?

But telling an 18-year-old girl that mega-doses of testosterone would fix her mental health problems? They didn’t even talk to me about other treatment options! No doctor or therapist suggested I give myself time to grow up, or wait and see what happens with counseling sessions – no doctor or therapist told most young people outgrow their feelings of wanting to be the opposite sex.

The only advice I got was to take mega-doses of testosterone.

I did this to myself for almost a year. Meanwhile, my mom was crying daily about why I was doing this to myself, all the while blaming herself.

Finally, one day, my grandfather sat me down to talk about it. With tears in his eyes, he asked me to stop.

That was a saving grace. I would have let this treatment kill me before admitting I’d screwed up. His intervention saved my life.

Today, I continue to deal with the permanent side effects of messing up my body.

I’m not a political person. I’m just a young person that needed help from doctors, and unfortunately got caught up in this medical scandal.

More and more young people are being deceived every day, being told that the solution to their insecurity and identity problems is to get a sex change. The problem is, a person’s sex can’t really be changed. You can take hormones and have cosmetic surgeries, but that doesn’t really change your sex, or solve your problems. I wish I knew that when I was younger.

These young people who have stopped identifying as the sex they are not are called “detransitioners,” and there are many of them. With broken families, abuse, trauma, absence of faith, and inculcation with perverse ideologies on sexuality and “identity,” the world is creating deep wounds in children, providing distorted lenses through which these wounded children misinterpret their experiences, and offering wicked solutions for which wounded children in desperation grasp.

As the number of “trans”-identifying children and teens explodes—particularly among adolescent girls, we will hear more and more of these stories. Already there are thousands of young adults detransitioning and telling their stories. How many more do you need to hear before you speak up? Are you going to be one of those countless adults who stand silently by as children’s bodies are mutilated because you’re too cowardly to stand against the forces of ignorance and evil? Are you going to just go about your daily business, risking nothing even as 13-year-old girls have their healthy breasts amputated? Does your silence bring glory to God? Do you not love these children as yourself?

Will you protest drag queen story events for preschoolers when your local library hosts one?

Will you tell your children’s teachers that under no circumstance are your children to be exposed to any classroom discussions, activities, presentations, or resources that address cross-sex identification (or homosexuality)?

Will you tell your government school administration that your children may not share locker rooms or restrooms with opposite-sex students?

Will you ask your pediatrician for his or her view of chemical interventions for the treatment of gender dysphoria in minors and change doctors if he or she affirms such destructive nonsense?

If you live in Colorado, Florida, Georgia, Kentucky, Missouri, Ohio, Oklahoma, South Carolina, South Dakota, or Texas where bills have been proposed or will soon be proposed banning chemical and surgical interventions for the treatment of gender dysphoria in minors, will you vigorously and publicly support those critical bills? Will you ask your lawmakers to sign on as co-sponsors of those bills?

If you live in Illinois, where the first such bill in the nation was introduced almost a year ago by one of Illinois’ finest lawmakers, State Representative Tom Morrison, will you vigorously and publicly support both his bill and him? Will you contact your state representative and ask him or her to sign on as a co-sponsor of the bill?

If your really care about children, you will do all of the above.