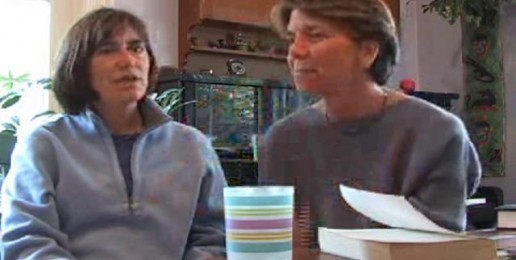 The lesbian partners who brought the lawsuit that led to the 2003 judicial mandate for homosexual “marriage” in Massachusetts have filed for divorce after separating in 2006. Julie and Hillary Goodridge may want out of their their failed social experiment, but their ill-advised activism continues to taint the God-ordained institution of natural marriage.

The research on the instability of homosexual relationships is fairly well known and easy to find. For quite some time domestic violence has been recognized and acknowledged as a serious problem among homosexuals with rates twice as high as that of heterosexual couples. The serial nature of multiple short-term relationships, or the lack of monogamy among many homosexuals has also been documented by a variety of sources. Homosexual activists will often claim that these problems would decline and mirror the heterosexual population if only they were granted the stabilizing benefits of legal marriage.

However, studies of homosexual “marriages” overseas, particularly in Sweden where long-term data is available has found that divorce rates among homosexual males is 50 percent higher than the divorce rate of their heterosexual counterparts. For lesbians, the numbers are even worse. Lesbian marriages have divorce rates 167 percent higher than married heterosexuals. (Even after researchers controlled for demographic characteristics making divorce more likely, homosexual males were still 35 percent more likely to divorce and female same-sex couples were unchanged, they are still around 200 percent more likely to divorce.)

The only ones who seem surprised by the announcement of the failure of the Goodridge marriage are some in the media who celebrated their overturning of state marriage law, or those who still think homosexual “marriage” can be a successful social experiment.