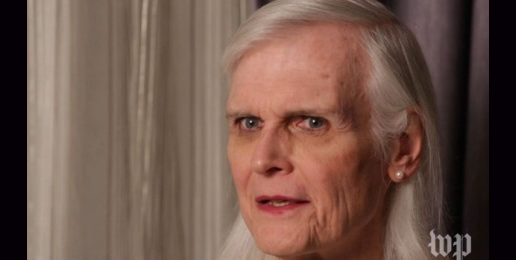 The Hidden Dualism of Transgenderism
05.03.16
PRINT

A few days ago Australian papers ran a Washington Post story about Bill/Kate Rohr under the heading: “It’s not about the gender. It’s about the soul: Transgender at 70”. Despite a happy marriage to a childhood sweetheart, two adopted children and prestige as an orthopod, Bill finally found a never-before-experienced sense of fulfilment when at seventy years of age he opted for reassignment surgery.

The article argues that early life conditioning as an explanation for the transsexual phenomenon is old hat — the real reason is hormones, or rather the feelings that hormones give us:

“Today, an overwhelming number of doctors and scientists dismiss the idea that environment, or behavioural conditioning, causes a person to be transgender. Most agree that sexual anatomy, sexual orientation and gender identity are the result of three distinct developmental processes in the fetal brain. Yet only recently have researchers begun to tease out how that brain is masculinised or feminised. Hormones, it appears, play an essential role.”

I find this remarkable, palpably wrong, and in the interests neither of persons who identify as hetero nor of those who identify as trans. Gender is being defined as a hormone induced feeling, totally separate from anatomy, as if the development of sexual anatomy were distinct from those hormones in the first place.

Further, we are asked to believe that one’s life project should be guided by such feelings. Yet feelings are fickle, we all know that. Emotions enrich, and they can empower us to act, but they can also be dead wrong. Who has not unleashed his or her passions and then had to humiliatingly apologise? If we reduce our sexual identity to a mere feeling of gender, we betray the central importance of gender in who we are.

This is the old lie of dualism wrapped up in another cloak. We are not simply our minds. There is more to personality than thoughts and feelings. Persons are a complete body and soul package, not reducible to body or psyche, at least if the person is healthy and mature.

Descartes, probably the most famous dualist of them all, thought otherwise, regarding matter and spirit, body and mind, as irreconcilable realities. It is fascinating to read in his Meditations on First Philosophy his account of personhood in terms of consciousness, with his famous “Cogito ergo sum” – “I think, therefore I am.” For him, persons are identical with their minds but not with bodies. “I have a body that is closely joined to me,” he wrote (ii, 54) — joined, but not an intrinsic part of him.

Let us be implacable foes of dualism in all its guises.

Our psyche is embodied. Anatomy, perception, and behaviour are integrally united. Dualism is a dead end because it cannot explain the interaction between body and soul. Practically every neuroscientist in the world now agrees that mental life correlates to the material neurobiological signature.

“The break with the tradition that mind and consciousness arise from a mysterious interaction of spirit with body actually focused the problem of consciousness for the 20th century neuroscientist. Philosophically disposed against dualism, we are obliged to find a solution to the problem in terms of nerve cells and neural circuits.”

This is good news, as long as we think of a person as the complete package, and not just body or spirit. This view of the person is confirmed by scientists who now report that the good habits that constitute character are embodied habits. See for example the marvellous work by Ann Graybiel of MIT who has published extensively on the neurobiology of voluntary, good habits. Demonstrably we are able to consolidate our wiring, so to speak, so that we are more cheerful, more resilient, less lazy, and have more self control.

When we wrench humanity out of its body, mischief ensues. What we do in our bodies affects us as persons and, conversely, our choices bring bodily consequences. One of Aristotle’s greatest insights about reality, turning the history of western civilisation away from Platonic idealism, was his insistence (in the Nicomachean Ethics) that our behaviours, in our bodies, change us as people.

You may have seen the dramatic images of brains atrophied through substance abuse. A habit of lies, makes one, even neurobiologically, a liar. Aritotle writes that an act of infidelity may be overcome, but a habit of infidelity makes one a different person. So what does a habit of anger, or a habit of pornography do? These are profound insights into how our moral makeup depends on our own choices.

A friend told me recently that his marriage took a major turn for the better when he stopped snapping back at his wife and instead changed his own behaviours. He tells me he has discovered an important secret in relationships: be positive and you help those around you be positive as well. He feels so strongly about this he wants to give marriage talks to couples in crisis. He has been there.

Feelings cannot become the yardstick by which we measure our actions. They may spur us to do good — to help the poor derelict we are walking past — but to run one’s life on feelings will be totally unhelpful. To change one’s body to suit them must be a false remedy for whatever troubles the soul.

Dr. Andy Mullins, author of Parenting for Character and an occasional contributor to MercatorNet, is past headmaster of two Sydney schools, Redfield and Wollemi Colleges. In his doctoral thesis he investigated the neural substrates of virtue. He is currently working in Melbourne. He holds an adjunct professorial position at University of Notre Dame Australia

This article was originally posted at Mercatornet.com