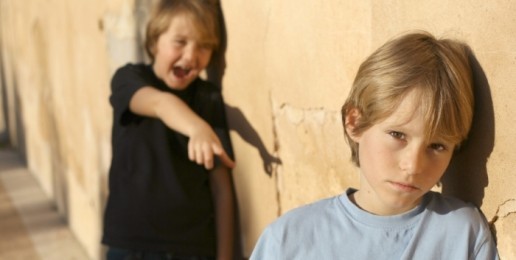 Beware of the schoolyard – jihad, not so much

When I was a kid, I got bullied fairly frequently because I was short. So my parents enrolled me in a judo class. After a few unexpected flips in the hallways, the bullies left me alone. Confronting bullies helps build character.

There are times, of course, when judo won’t work and the best strategy is to avoid the jerks or sic a teacher or principal on them. Almost everybody has a story. But now, bullying has become a federal issue.

Rep. Jackie Speier is on a crusade to use the U.S. government to stamp out bullying in America. The Northern California Democrat wants to deny federal funds to schools that won’t keep a tally of bullying incidents against special-needs children. In other words, the federal government is going to whip local schools into line using its vast fiscal powers. It’s a politically correct form of bullying. To oppose this abuse of power implies you actually want these poor kids to be harassed.

I’m not sure where the Constitution legitimates such a sweeping directive, but it’s probably in one of the penumbras emanating from the Preamble’s General Welfare Clause. Once you create giant Washington bureaucracies, you can use the clause to justify almost anything – from forcing poison light bulbs down our throats to dictating schoolyard behavior.

Every so often, this power is put to good purpose, as when Sen. Jesse Helms used a similar threat to prevent schools from kicking out the Boy Scouts. But he was defending the Scouts’ constitutional rights, not creating a vehicle for social engineering. The real solution is to get rid of the oxymoronic Department of Education, not to empower this Jimmy Carter creation in hopes of advancing conservative ideals. It creates too many bullies.

Ms. Speier’s new school-bullying idea mirrors President Obama’s recent interest in the subject. On March 10, he held an “anti-bullying” conference at the White House. Besides “safe schools czar” Kevin Jennings, invitees included anti-Christian homosexual activist Dan Savage, who attained some fame in 2000 for claiming to have licked the doorknobs of pro-family Republican candidate Gary Bauer’s office in hopes of giving Mr. Bauer the flu. Now that’s the kind of participant we should have at every anti-bullying conference, if only as a role model.

As Illinois Family Institute writer Laurie Higgins relates, “Savage said the conference was ‘of tremendous symbolic importance’ but also complained, ‘What was never addressed is when the parents are the bullies.'”

The government, under the auspices of three federal agencies, has created a website dedicated to ending bullying. Paraphrasing Mrs. Higgins, here’s the site’s underlying philosophy: 1) Homosexual behavior is equivalent to race, 2) any kind of sex is morally positive, and 3) expressing any conservative moral beliefs leads to bullying. What a neat formula for suppressing dissent.

Speaking of bullying, Ms. Speier was in rare form along with other Democrats on March 10 at Rep. Peter King’s Homeland Security Committee’s hearing on radicalization of U.S. Muslims.

She rebuked the committee for focusing on Islamic terror instead of expanding it to “Christian” terrorist groups such as the Ku Klux Klan or the violent anti-abortion group Army of God, and she assailed some witnesses.

Melvin Bledsoe, whose son Carlos was recruited into Islam and has been charged with murdering one soldier and wounding another on June 1, 2009, at a U.S. military recruiting center in Arkansas, was having none of it. He shot back:

“I’m wondering how did [the lawmakers] get on the commission to speak about some of the things they’re speaking about.” As for radical Muslims, he added, “We’re worried about stepping on their toes, and they’re talking about stamping us out.”

The day before the hearing, Ms. Speier laid into Mr. King, calling him a racist.

“This is one member’s bias that he is now putting forth as the policy of this country, and there are going to be many of us who will shout out and call him out on abusing his role as chair and abusing the Congress of the United States for whatever his personal bias is,” Ms. Speier told the San Francisco Chronicle. “To pinpoint Muslims as if they’re the only category – it’s wrong, it’s discriminatory, it’s racist and inappropriate.”

Say what? Well, as an editor friend of mine often said, “Why does everything have to make sense?”

Given Ms. Speier’s fiery demeanor toward anyone who conveys the idea that radical Islam is more of a threat than, say, a Baptist ladies knitting club, it’s no wonder Los Angeles County Sheriff Leroy D. Baca almost fell over himself praising Islam as a religion of peace and unloading nuggets like this:

“The Muslim community is no less or no more important than others, as no one can predict with complete accuracy who and what will pose the next threat against our nation.”

As I said, watch out for those ladies and their knitting needles. OK, that’s not fair. Ms. Speier and Sheriff Baca were talking about groups that actually commit violence. But given the threat we face, the moral equivalence is still stunning.

Another witness Ms. Speier bullied was moderate Muslim Dr. Zuhdi Jasser, chairman of the American Islamic Forum, who at considerable personal risk warned the committee that most Americans are unaware of the extent of homegrown Muslim extremism.

Ms. Speier questioned Dr. Jasser’s right to speak for Muslims and noted that although she attended a Catholic church every Sunday, she herself would not be qualified to address the church’s pedophile priest scandal. Yes, she said that. You can’t make this stuff up. Liberals will outdo your wildest stereotypes.

In the space of a few minutes, Ms. Speier trashed her own church, assailed brave witnesses and committed moral equivalence by invoking “Christian” terrorism as if it were as big a threat to America as the ongoing jihad.

She probably means well. Bullies are bad business. And perhaps she is well-qualified to take on the school bullying issue. It takes one – well, you know the rest.