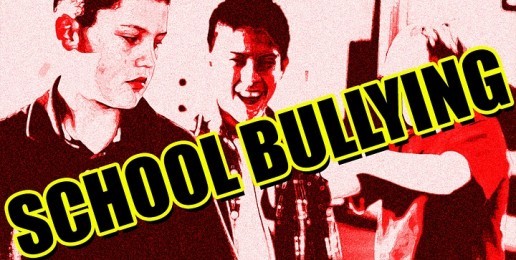 The past year has seen the tragic suicides of five young men who identified as homosexual or who were taunted with homosexual epithets. I shouldn’t need to say this, but no one should be harassed or bullied — ever. Children should report bullying to their parents and school authorities; bullying policies should be strictly enforced; and if those who bully continue to bully despite disciplinary measures, they should be removed from schools.

As of the writing of this article, the circumstances surrounding the suicide of one of these young men, Raymond Chase, are still unknown. This account from The Daily Beast, however, seems to contradict the narrative that homosexualists like to spin:

Chase did not seem to struggle with his gay identity — he was out to his friends and family, and to a much larger and accepting social circle. [Ivonne] White (Chase’s best friend) described him as the life of the party, loved by many and hated by none; “Straight guys fist-bumped him. Everyone just wanted to be around him,” she said.

“This is something I want to say to everyone about Ray: He was never, ever bullied, and nobody was ever mean to him,” said White, who thinks Chase could have been a comedian he was so funny. Some of the world’s most beloved comedians, of course, are famous for concealing pain and depression with the Teflon of good humor.

White speculates that her friend might have been upset over a crush he had on a straight boy, a good friend, to whom Chase confessed his affection this summer. Though any romantic feelings were unrequited, the crush treated Chase with utter dignity and respect, before and after the admission. Still, Chase seemed haunted by his feelings, staying up until 4 a.m. the night before his suicide to talk to his roommate about that crush.

The most recent suicide took place at Rutgers University — not known as a bastion of conservatism — where freshman Tyler Clementi was secretly taped engaging in a homosexual act. The video was streamed live on the Internet and the public humiliation proved too much for Tyler: he leaped to his death off the George Washington Bridge.

Despite what homosexualists immediately pronounced, there is no indication that the taping was motivated by anti-homosexual animus. It seems at least possible that the students who engaged in this unconscionable act would have done likewise even if it had been a heterosexual act.

This heartrending tragedy raises many thorny issues that will not likely be addressed or addressed properly by the mainstream media:

And now, homosexualists are exploiting this tragedy to push even more ferociously for “enumerated” anti-bullying resources in all public schools, including even elementary schools. As I wrote about here, “enumerated” anti-bulling resources, policies, and laws are those that specifically mention “sexual orientation” and “gender identity” (properly known as Gender Identity Disorder). The problem with these kinds of resources, policies, and laws is that they implicitly and explicitly affirm a number of controversial ideas regarding the nature and morality of homosexuality and Gender Identity Disorder. In addition, they communicate the illogical idea that since bad feelings result from bullying and bad feelings result from hearing conservative moral beliefs, conservative beliefs must constitute bullying.

I asked a prominent homosexual activist and blogger if he would accept enumerated anti-bullying resources that made clear the distinction between moral disapproval and bullying. In other words, would he accept anti-bullying resources that explicitly stated that bullying refers to homosexual epithets and physical harassment, and that bullying does not refer to the belief or the expression of the belief that homosexual practice is immoral? He adamantly rejected such resources.

Ellen DeGeneres’ comments on a recent show reveal common homosexualist views: “There are messages everywhere that validate this kind of bullying and taunting and we have to make it stop.”

Someone should ask her what kinds of ubiquitous messages validate bullying and taunting. I suspect she would include orthodox Christian messages about homosexuality as the kind of message that validates bullying.

And here’s what Dr. Cindi Love writes on the Huffington Post:

The parents of these boys could not get school officials to do anything to protect them. This makes sense when you look at the community climate that is pervasive in much of our nation, where intolerance and exclusion and rejection are status quo for young people (and most adults) who identify as lesbian, gay, bisexual or transgender. These climates are fed most often on Sunday mornings in local pulpits where fundamentalists serve parishioners a steady diet of homophobia and bigotry that is sanctioned by the some of the largest churches in the world, notably Mormon, Catholics and Evangelical mega-churches that fund anti-gay programs….

That’s where we are in our country right now — schools and churches full of unbridled bullying and homophobic rhetoric leading to violence. The outcomes are actually very predictable. Children and teenagers are going to die. Grownups are going to die. Some will take their own lives in despair. Others will be killed by people who identify as Christians who believe the Bible tells them it is ok to rid the world of homosexuals and abortionists.

I believe that most of the murderers will have grown up in schools and Sunday School classes where it was ok to call Asher a faggot in gym class or on the way to Communion. One of the young boys who tormented Asher was a “born-again Christian” who performed mock gay sex acts on Asher while observed by his peers and his teacher.

Dr. Love provides no quotes from Mormon, Catholic, and Evangelical mega-church leaders as evidence for her scurrilous claims. I know many Christians who believe homosexual acts — along with all other non-marital sex acts — are immoral. I am familiar with the writings of a fair number of theologians, all of whom believe that God condemns homosexual practice. And yet I don’t know a single one who would sanction “unbridled” or bridled bullying, violence, or ridicule. Those who truly love God abhor evil.

I know of no Mormon or Catholic churches or Evangelical mega-churches that preach homophobia and bigotry, unless by “homophobia” and “bigotry,” Dr. Love is referring to Old Testament and New Testament proscriptions regarding homosexuality. I wonder if Dr. Love believes moral disapproval of polyamory constitutes “polyphobia” and bigotry. And I wonder if her disapproval of Christian orthodoxy constitutes “Christophobia”?

Part of the climate making ISSA (Illinois Safe Schools Alliance) and other groups’ efforts toward protecting youth more difficult is pronounced opposition from conservative groups like the Tinley Park-based Illinois Family Institute (IFI). When IFI learned of plans for an LGBT-inclusive development program sponsored by ISSA at Beye Elementary School in Oak Park earlier this year, the group initiated an e-mail campaign criticizing both Beye administrators and the ISSA.

Laurie Higgins, director of the IFI’s Division of School Advocacy, wrote a scathing criticism, dated Jan. 14, of Sullivan’s (the director of ISSA)development program on the group’s website.

“Concerned taxpayers, parents, future parents, and especially fathers, need to respond to this insidious attempt to capture the hearts and minds of children,” Higgins wrote. “‘Safe schools’ initiatives are the Trojan horse for getting subversive theories on the nature and morality of homosexuality into our schools.”

This is where our silence and cowardice have led us: To homosexual activists, an effort to warn parents about the presence of homosexuality affirming resources in elementary schools constitutes a “scathing criticism.” That should be a shocking cultural change.

Further, Dr. Kelly Ducheny, director of behavioral health services for the Howard Brown Health Center, “one of the nation’s largest lesbian, gay, bisexual, and transgender (LGBT) healthcare organizations,” believes that opposition to pro-homosexual resources in elementary schools “contributes to the troubling environment LGBTQ youth face.” In other words, in the view of Dr. Ducheny, public schools should actively work to change the moral beliefs of all students.

Public schools must never be permitted to teach either implicitly or explicitly that homosexual attraction is normal, good, or healthy, nor must they be permitted to teach that homosexual acts are moral. Those are subjective, non-factual, unproven beliefs, and as such, government employees have no ethical or pedagogical justification for teaching them. Something is terribly wrong when elementary school children are told that perverse behavior and families led by homosexuals are things to be celebrated.

If students who identified as paraphiliacs, or apotemnophiliacs, or polyamorists, or pedophiles were being bullied, no public educator would ever consider combating the bullying problem by affirming their impulses and behaviors. Public educators would seek ways to end bullying that do not affirm disordered impulses and immoral acts. The fact that some believe homosexuality is the ontological equivalent of race and the moral equivalent of heterosexuality does not justify government schools endorsing those beliefs.

Tragedy and conflict are inevitable when public educators and the mainstream media relentlessly foist images of deviance on the public and attempt to coerce everyone to accept their moral assumptions or remain silent.

It’s sad that anyone experiences same-sex attraction. It’s sadder still that society tells them it’s okay to act on such feelings. But what is saddest of all is that young people suffer despair so unbearable that they end their own lives when real hope is within their grasp.

It’s not orthodox biblical views that harm children and teens. What harms them is that too few Christians have sufficient love and courage to offer them the only real path to truth and freedom. The answer to shame and bullying is not affirmation of sin. The answer is Christ: “For freedom Christ has set us free; stand firm therefore, and do not submit again to a yoke of slavery” (Gal. 5:1).

We’re all sinners. We all experience disordered desires that impel us toward immoral — that is, sinful — acts to which we often succumb. The good news is that the work of Christ on the Cross provides forgiveness of and freedom from bondage to sin. No, all sinful impulses won’t be eradicated in this life, but we are given power to resist them, and we are offered forgiveness which lifts the burden of shame. And in the body of Christ, we are given brothers and sisters whom God will use to strengthen us and pray for us as we seek to live holy lives of submission to a holy and loving God.

I wonder if anyone shared this with Tyler Clementi?

How Liberals Are Destroying Public Education: More on Rolling Stone Magazine’s War on Minnesota School District
b
a
x
r