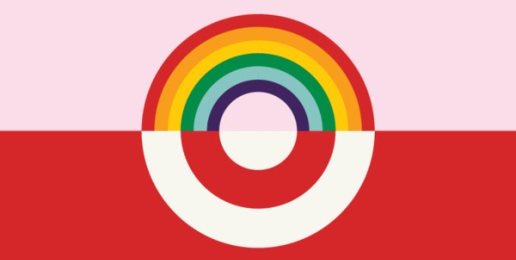 Target recently announced its new restroom policy, which embraces the absurd notion that in order to be inclusive, sex differences cannot be acknowledged or respected. In light of Target’s sex-integrated, co-ed restroom policy, I called my local Target and had this enlightening conversation with the store manager:

Me: Is it true that all Target restrooms are now co-ed?

Store manager: That’s not exactly how I would describe them.

Store manager: The restrooms are available to “transgenders” who identify as the opposite sex.

Me: But humans have both a “gender identity” and a sex, so your restrooms are now co-ed because co-ed means “having or including both men and women.”

Store manager: Our customers can use the restroom of the sex with which they identify.

Me: If a person who appears to be a man enters a women’s restroom, how do you determine whether he’s gender dysphoric or not.

Store manager: If a female customer reports that a man is in the women’s restroom, we would follow-up.

Me: What is your procedure for following up?

Me: So, if I and my three-year-old granddaughter are in the women’s restroom, a man enters, and I report it to store management, you don’t know what would happen next?

Store manager: Well, if this person were not bothering you, he could be in there.

Me: But sharing a restroom with someone of the opposite sex bothers me.

Store manager: Well, Target believes people should be able to use whichever restroom they feel comfortable in.

Me: So, your restrooms are in reality co-ed because people have a sex that cannot change.

Store Manager: Yes, it can.

Me: Are you a science-denier? Even gender-dysphoric persons know they can’t change their sex.

Store Manager: I’m not going to argue with you.

Many conservatives perplexed by the lies and dragooned by the tactics of body-rejecting activists and their “progressive” allies do nothing when there is much to be done. And they get little help from conservative punditry who seem not to grasp the significance of allowing objectively, immutably male persons in women’s restrooms and vice versa.

Last week the estimable Charles Krauthammer dismissed the so-called “bathroom wars” as “a solution in search of an issue,” suggesting that because those who suffer from gender-dysphoria are few in number, laws requiring that restrooms correspond to sex are silly. Astonishingly, Krauthammer blamed these laws on conservatives:

[D]o we really have an epidemic of transgenders being evil in bathrooms?

Krauthammer…said transgenders using public bathrooms has become a problem “precisely because Republicans in North Carolina decided it was a problem.”

Though it is true that Republicans proposed and passed the North Carolina law that Krauthammer was discussing, they were merely responding to the efforts of gender-dysphoric activists to access opposite-sex restrooms. In other words, Republicans didn’t “decide” that men in women’s’ restrooms was a problem. It is in reality a problem created by gender-dysphoric activists.

As a percentage of the population, there are few gender-dysphoric persons, and until recently, they were using restrooms and locker rooms that correspond to their actual sex, so of course we have no “epidemic of transgenders being evil in bathrooms.”

Further, the concern is not centrally about gender-dysphoric persons “doing evil,” but of male predators pretending to be gender-dysphoric in order to easily view, record, or assault women and girls.

The other and at least as serious concern is with what these policies teach about physical embodiment as male or female. Arguing that because few “transgenders” have been “doing evil in bathrooms,” there is no problem, Krauthammer ignores the fact that men in women’s restrooms is the problem, and it is evil.

An uncharacteristically superficial Krauthammer ignores the radical ideas that are embedded in and taught by liberal “bathroom” policies:

If we define “evil” as reductively as Krauthammer seems to when he says there is no “epidemic of transgenders doing evil in restrooms,” he’s right. If evil is understood as direct physical harm to another, there is no epidemic. But for many, evil is defined as “morally wrong,” and “harmful” and includes doing violence (i.e., “injury, as from distortion of meaning or fact”) to the idea that objective, immutable biological sex carries profound meaning and is the source of feelings of modesty and the desire of privacy that men and women naturally experience. This epidemic of philosophical violence is infecting not just corporate policies but school policies and thereby the minds and hearts of children far too young to comprehend the evil being done.

Take ACTION:  So, here are three things that conservatives must do:

2.)  DO NOT use Leftist language. Language matters:

Do not call them “gender neutral” restrooms. Call them sex-integrated or co-ed restrooms to keep attention on the objective reality the Left seeks to deny.

Do not use the term “transgender.” Use gender dysphoria or gender-dysphoric persons.

3.) As much as possible, avoid using Target. It is not possible to boycott every business that violates true principles, but policies as egregiously offensive as Target’s sex-integrated restroom policy demand a response. And while you’re boycotting Target, call the store manager of your local Target to ask about their co-ed restrooms. Ask management the hard questions, and don’t use liberal language. Use precise, clear, reality-based language. And consider signing on to the AFA Boycott Target pledge.

In this brave new world remade in the image of the Godless, confused, solipsistic, and sexually anarchical, objective, immutable biological sex is meaningless. Please stand for truth and reality publicly, courageously, perseveringly, and unapologetically—and not just when it’s cost-free.