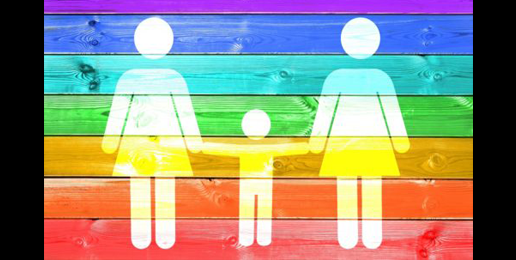 Recently, another purportedly Christian child welfare agency abandoned its commitments to Christ by agreeing to place children in the homes of people who affirm that which God detests. Faced with an ACLU lawsuit, Bethany Christian Services (BCS) in Michigan has agreed to place children for fostering and adoption in the homes of unrepentant homosexuals, who will provide to these children “the counsel of the wicked.” In so doing, BCS—the largest Christian foster and adoption agency in the country—has granted unto Caesar that which belongs to God. BCS follows in the sullied footsteps of its affiliate in Philadelphia and Illinois’ Lutheran Child and Family Services (LCFS). BCS should now remove “Christian” from its name.

BCS laughably claims they “are focused on demonstrating the love of Jesus Christ by serving children in need,” ignoring the inconvenient truth that the love of Jesus Christ is inseparable from his holiness. Does any theologically orthodox Christian believe Jesus would have placed orphans in the homes of unrepentant homosexuals who believe homosexual acts are pleasing to God? What do BCS and LCFS think families headed by homosexuals will teach their children about homosexual acts and marriage—which is a picture of Christ and his bride, the church? And what do BCS and LCFS think the implications of those beliefs for both the temporal and eternal lives of children are?

Lesbian Dana Nessel, Michigan’s recently-elected attorney general, tweeted her thanks to BCS. Such appreciation from the morally challenged Nessel should tell BCS they made the wrong decision. Nessel is infamous for her a vulgar campaign ad that said,

So when you’re choosing Michigan’s next attorney general. Ask yourself this: Who can you trust most not to show you their penis in a professional setting? Is it the candidate who doesn’t have a penis? I’d say so.

What kind of civics lesson did this teach children?

The deeply troubling trend of Christians jettisoning homosexual practice as a disqualifying criterion for child placement continues apace. This month, Katy Faust, founder and director of the wonderful children’s rights organization Them Before Us, posted a YouTube video in which she argues that hard-to-place children should be placed in the homes of homosexuals. Her claim raises some important questions:

It is not solely the idea promulgated in this video that is problematic. It’s also the source. Since Faust is conservative and justifiably well-respected among conservatives for her commitment to the needs and rights of children, her support for placement of children in foundationally-disordered homes will carry significant weight among conservatives. 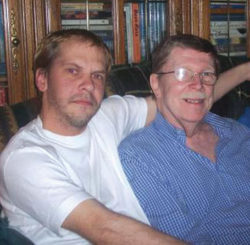 In researching this topic, I came across a story I missed when homosexual news outlets were reporting it in 2010. It’s a story they cast as a grievous injustice perpetrated by Lutheran Child and Family Services. The alleged grievous injustice was that LCFS declined to place a 15-year-old self-identified homosexual boy in the home of homosexual couple Matt Nalett (then 33) and Fred Steinhauer (then 64) (pictured to the right).

The now 72-year-old Steinhauer posts photos on his FB page of shirtless young men in their underwear. Steinhauer’s most recent FB post is an ad from a company called Nasty Pig that was founded 20 years ago by two homosexual men and geared toward homosexuals. The company’s founders describe Nasty Pigs as “a trailblazing brand that makes hot clothes that get you laid.” The ad Steinhauer posted shows only the chest and crotch of a shirtless man wearing a jockstrap.

On his Facebook page, Nalett recently posted a doctored photo of the Crown Fountain in Millennium Park that showed a naked man urinating.

Today LCFS would place a 15-year-old self-identified homosexual boy in the care of such a couple, and many Americans would cheer such a placement as a manifestation of social justice and evidence of progress. 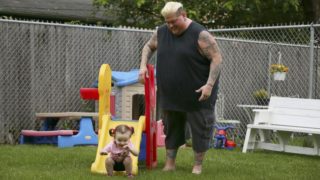 Last summer in June 2018, the Chicago Tribune published a heartstrings-tugging profile of Bill Guest, a 40-year-old, unemployed homosexual man who lives at home with his parents and yet was able to procure a baby through an organization called Family Source Consultants that matched him up with a surrogate who chose him specifically because he’s homosexual (Guest and his daughter pictured to the right).

Family Source Consultants describes itself as “a leading authority in third party reproductive services” that “matches and facilitates Gestational Surrogacy and Egg Donation arrangements in the United States and Internationally” and “is pleased to assist individuals and couples of all… sexual orientations.”

No longer does American society believe what Obama once believed and proclaimed on Mother’s Day and Father’s Day. He and virtually all other Americans once believed that mothers and fathers are essential to fulfilling children’s intrinsic needs and rights. Sadly, society no longer recognizes, respects, or protects children’s rights. Instead society slavishly serves the disordered, selfish desires of adults.

“Progressives” argue that only the number of parents is critical—not their biological sex, but they rarely if ever explain how they arrive at that number. Conservatives can explain why. The number two derives from the sexual dimorphism of the human species. Dismissing as irrelevant the natural way new humans come into being, Leftists simply assert that two is the magic number for an ideal home. For them, the source of that number poses an intellectual stickywicket they prefer to avoid.

As we move from a country shaped historically by a biblically-informed worldview to one opposed to values informed by theological orthodoxy and informed by the exaltation of absolute autonomy, moral relativism, and the sexual revolution, children suffer.