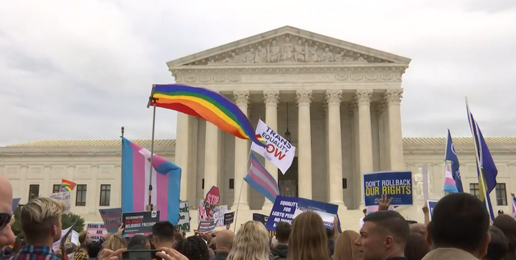 In a shocking U.S. Supreme Court (SCOTUS) decision, Justice Neil Gorsuch voted with the axis of evil—that is, with Chief Justice John Roberts, and Justices Stephen Breyer, Ruth Bader Ginsburg, Elena Kagan, and Sonia Sotomayor. In Bostock v. Clayton County, Georgia, the axis of evil decided that in Title VII of the Civil Rights Act of 1964, the word “sex” includes “sexual orientation” and “gender identity”—both subjectively constituted conditions. As a result, the Civil Rights Act of 1964, which prohibits discrimination in employment based on “race, color, religion, sex, and national origin,” now prohibits employers from firing employees who self-identify as homosexual or as the sex they are not and never can be.

Not only are “trans”-cultists eradicating all public accommodation of real sex differences, but they’re also eradicating every cultural convention that recognizes, honors, and reinforces sex differences. They’re saying that not only are they permitted to reject cultural conventions regarding hairstyles, jewelry, clothing, and makeup, but everyone else must. Further, even biological reality as a signifier of biological sex must be rejected by everyone. So, as the very liberal author of the Harry Potter series, J.K. Rowling, has learned, no one may say that only women menstruate.

The tyrannical Supremacist Court of the United States has declared from on its high horse that no employer with over 15 employees may fire an employee who decides to cross-dress at work. For those who remain blissfully unaware, there are efforts afoot to make such a view apply to companies with fewer than 15 employees too.

What if the owner of an independent toy store with three locations in neighboring towns employs 15 people and one of those employees announces he will henceforth “identify” as a woman. Now he cannot be fired—not even if the store where the cross-dressing man works will be destroyed because parents will no longer bring their toddlers and young children to an establishment that will require them to explain perversion to children who are too young to understand it and may be disturbed by it.

Many obstetrician-gynecologists staff their offices with only women—including only women nurses. Now imagine that one of those nurses announces she will be socially, chemically, and surgically “transitioning” and hopes to look like this biological woman one day (yes, this is a woman): 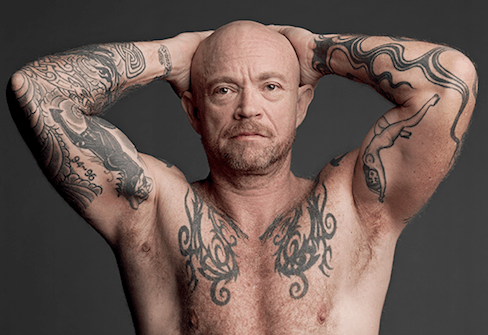 Is it just for doctors to be prohibited from firing her?

In their dissent, Justices Clarence Thomas and Samuel Alito issued a stinging rebuke of the hubris of the majority opinion:

Because no such amendment of Title VII has been enacted in accordance with the requirements in the Constitution … Title VII’s prohibition of discrimination because of “sex” still means what it has always  meant. But the Court is not deterred by these constitutional niceties. Usurping the constitutional authority of the other branches, the Court has essentially taken H. R. 5’s provision on employment discrimination and issued it under the guise of statutory interpretation. A more brazen abuse of our authority to interpret statutes is hard to recall.

The Court tries to convince readers that it is merely enforcing the terms of the statute, but that is preposterous. Even as understood today, the concept of discrimination because of “sex” is different from discrimination because of “sexual orientation” or “gender identity.” And in any event, our duty is to interpret statutory terms to “mean what they conveyed to reasonable people at the time they were written.”

Alito and Thomas preview the deleterious effects this decision will have on American life and liberty:

As the briefing in these cases has warned, the position that the Court now adopts will threaten freedom of religion, freedom of speech, and personal privacy and safety. No one should think that the Court’s decision represents an unalloyed victory for individual liberty.

While churches and other religious organizations, including religious schools, will probably be allowed what is called a “ministerial exception”—at least for a time—for those involved in teaching the tenets of their faith, it is unlikely that exemption will apply to those employed in other positions. For example, a private Christian school will be prohibited from firing any math, science, Spanish, or P.E. teacher, secretary, custodian, cafeteria worker, playground supervisor, or crossing guard who decides to identify as the opposite sex, cross-dress, take cross-sex hormones, and surgically disguise his or her sex.

For those churches, Christian schools, and parachurch organizations that reassure themselves that such events are unlikely, just remember what’s happened to Jack Phillips, the Colorado baker who has been relentlessly sued by “LGBT” persons. Sexual subversives are going to specifically target Christian institutions.

Alito and Thomas warn that this pernicious SCOTUS decision will likely be used force the sexual integration of bathrooms, locker rooms, and women’s shelters; to force people to use “gender” obliterators’ “preferred pronouns”; to force employers to cover “costly sex reassignment surgery”; and to force colleges to assign dorm rooms based on the sex students wish they were rather than the sex they are.

This pernicious decision will be used too as a precedent when challenges to Title IX of the Education Amendments of 1972 appear before the U.S. Supreme Court. How could the Court now conclude any way other than that the word “sex” in Title IX includes “gender identity.” When the axis of evil decides that, women’s sports are destroyed, and eventually all women’s records from high school, college, the Olympics, and professional sports will be broken by men.

In Justice Brett Kavanaugh’s separate dissent, he emphasizes the violation of the separation of powers that the decision represents:

Under the Constitution’s separation of powers, the responsibility to amend Title VII belongs to Congress and the President in the legislative process, not to this Court. … [W]e are judges, not Members of Congress. And in Alexander Hamilton’s words, federal judges exercise “neither Force nor Will, but merely judgment.”… If judges could rewrite laws based on their own policy views, or based on their own assessments of likely future legislative action, the critical distinction between legislative authority and judicial authority that undergirds the Constitution’s separation of powers would collapse, thereby threatening the impartial rule of law and individual liberty. …

Who likes this SCOTUS decision? The Gay, Lesbian and Straight Education Network (GLSEN), that’s who. GLSEN’s raison d’être, is to use schools to normalize sexual deviance, which, of course, means eradicating theologically orthodox views on sexuality. GLSEN tweeted,

[T]oday’s landmark SCOTUS ruling will help to protect the many LGBTQ educators in K-12 schools who have faced harassment or job loss for simply being who they are. It also underscores the need for Congress to pass the Equality Act.

So, in the service of “inclusivity,” they will work like the Devil and for the Devil to include polyamory, Genetic Sexual Attraction (i.e., consensual, adult incest), Minor Attraction (i.e., pedophilia, hebephilia, and ephebophilia), infantilism, zoophilia (i.e., bestiality), and every other sexual philia in the list of sexual orientations.

Then once that is accomplished, laws will protect celebrants of sexual disorder from being fired and schools will teacher kindergartners that love is love. Poly “love” will be called good. “Love” between two adult brothers will be deemed equivalent to interracial love. And teaching that “love” between humans and animals is wrong will be condemned as ignorant bigotry based on the hateful ideology of speciesism.

By the way, those naively depending on the Religious Freedom Restoration Act (RFRA) to protect their religious liberty can forget about it. The Equality Act, which eventually will pass, explicitly guts RFRA.

This SCOTUS decision is not a victory for the country or for freedom. It’s another tragic defeat for the constitutional separation of powers, self-government, morality, truth, speech rights, and religious liberty. Conservative Christians, you’ve been warned—again.