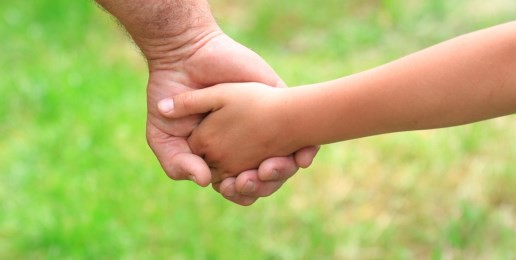 Whenever same-sex marriage is talked about in the news, it’s typically accompanied by glowing images and videos of couples happily celebrating their new right. It’s more rare that we hear from the other party most directly affected by the controversy—the children. But when we do hear from them, they often understandably give glowing reviews. But not always… there are other children whose stories are not being told, or when they are, they’re being silenced or even bullied.

Now 38 years old, Faust loves both her mom, who got divorced, and the lesbian partner of her mother, who helped to raise her. But that doesn’t mean Katy’s neutral on the issue of same sex marriage.

Katy talked with me on “BreakPoint This Week” about her experience growing up in a same-sex household. And it’s an eye-opening interview. Please come to BreakPoint.org to listen to it.

Recently, Katy wrote a powerful open letter to Supreme Court Justice Anthony Kennedy, who’s widely considered to be the swing vote in the coming high court ruling on the issue. The letter, which was published in the journal Public Discourse and went viral, argues that the rights of children must trump the feelings of adults. She notes that in California’s Proposition 8 legal battle, Justice Kennedy agreed that the children living in households with gay partners must have a voice.

Well, Katy just thinks that all of them, not just those that are affirming, deserve that voice. “Children,” wrote Faust, “have a natural, fundamental right to the dual-gender influence of their biological parents. The adults in this scenario,” she writes, “satisfy their heart’s desires, while the child bears the most significant cost: missing out on one or more of her biological parents. Making policy that intentionally deprives children of their fundamental rights is something that we should not endorse, incentivize, or promote.”

In other words, natural marriage matters for everyone.

Indeed, as the Manhattan Declaration notes, “Vast human experience confirms that…where marriage is honored, and where there is a flourishing marriage culture, everyone benefits—the spouses themselves, their children, the communities and societies in which they live. Where the marriage culture begins to erode, social pathologies of every sort quickly manifest themselves.”

And this is true even when society says otherwise.

Indeed, Faust recounts how she felt the pressure to go along. “I remember how many times,” she wrote, “I repeated my speech: ‘I’m so happy that my parents got divorced so that I could know all of you wonderful women’,” Then she continues, “I cringe when I think of it now, because it was a lie. My parents’ divorce has been the most traumatic event in my thirty-eight years of life. While I did love my mother’s partner and her friends, I would have traded every one of them to have my mom and my dad loving me under the same roof.”

As Faust notes, this isn’t just about being against same-sex marriage. It’s actually about being formarriage between one man and one woman because that’s the gift God gave humans for blessing and flourishing. My new book with Sean McDowell called “Same-Sex Marriage: A Thoughtful Approach to God’s Design for Marriage,” walks through this overwhelming evidence of the vital role that both a mom and a dad have in the life of their kids.

It’s a reality that Katy sees more fully now that she’s a mother herself. “Now that I am a parent,” she says, “I see clearly the beautiful differences my husband and I bring to our family… I see how important the role of their father is and how irreplaceable I am as their mother. … Neither of us is disposable.”

Sadly, same-sex marriage asserts, without any evidence, that mothers or fathers are disposable in the life of their children. Funny, but we never say that when there’s a divorce, an adoption, or a death.

To listen to this interview with Katy Faust, please come to BreakPoint.org, and click on “BreakPoint This Week.”