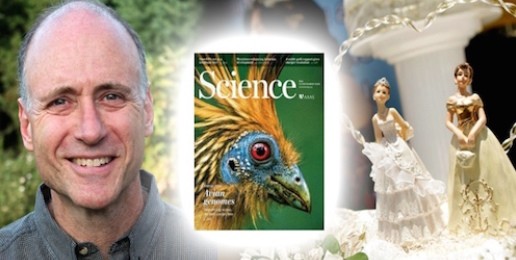 In the published study titled, “When contact changes minds: An experiment on transmission of support for gay equality,” LaCour created a media stir, with numerous reports using his “findings” to proclaim that all it takes is one 20-minute conversation with a “gay” person to convince a same-sex marriage opponent to change his or her mind on the topic.

But after word circulated about the “findings,” a couple grad students found glaring inconsistencies with what was reported in the study, as stated by Green.

“Last weekend, two UC Berkeley graduate students (David Broockman, and Josh Kalla) who had been working on a research project patterned after the studies reported in our article brought to my attention a series of irregularities that called into question the integrity of the data we present,” Green told Retraction Watch in its entry titled “Author retracts study of changing minds on same-sex marriage after colleague admits data were faked.” “They crafted a technical report with the assistance of Yale professor, Peter Aronow, and presented it to me last weekend.”

According to academic paper, the irregularities “jointly suggest the dataset (LaCour 2014) was not collected as described,” and Green says this spurred him to try to get to the bottom of this matter.

“I brought their report to the attention of Lynn Vavreck, Professor of Political Science at UCLA and Michael LaCour’s graduate advisor, who confronted him with these allegations on Monday morning, whereupon it was discovered that he on-line survey data that Michael LaCour purported to collect could not be traced to any originating Qualtrics source files,” Green continued. “He claimed that he deleted the source file accidentally, but a Qualtrics service representative who examined the account and spoke with UCLA Political Science Department Chair Jeffrey Lewis reported to him that she found no evidence of such a deletion. On Tuesday, Professor Vavreck and Michael LaCour for the contact information of survey respondents so that their participation in the survey could be verified, but he declined to furnish this information.”

Green then confirmed that LaCour’s study was riddled with falsified information and unsubstantiated claims.

After learning about the falsified accounts, Green, the co-author of the study, appeared mortified.

“I am deeply embarrassed by this turn of events and apologize to the editors, reviewers and readers of Science,” Green expressed.

Initially impressed by the study, Broockman and Kalla described their reaction to the findings.

“As we examined the study’s data in planning our own studies, two features surprised us: voters’ survey responses exhibit much higher test-retest reliabilities than we have observed in any other panel survey data, and the response and re-interview rates of the panel survey were significantly higher than we expected,” the two noted in a post. “We set aside our doubts about the study and awaited the launch of our pilot extension to see if we could manage the same parameters. LaCour and Green were both responsive to requests for advice about design details when queried.”

But after beginning a pilot of their extension earlier this month, Broockman and Kalla found that the response rate of the pilot was considerably lower than LaCour and Green disclosed, and they proceeded to contact the firm they believed performed the original study published in Science.

“The survey firm claimed they had no familiarity with the project and that they had never had an employee with the name of the staffer we were asking for,” Retraction Watch reports. “The firm also denied having the capabilities to perform many aspects of the recruitment procedures described in LaCour and Green (2014).”

The findings just didn’t stack up and Green was contacted.

“After finding several other irregularities, the pair contacted Green, who was concerned, and they also asked Yale political science professor Peter Aronow to join their work,” Retraction Watch stated in its account. “By May 16, the team had found other irregularities, and sent them to Green, who reviewed them and on May 17 agreed that a retraction is in order unless LaCour provides countervailing evidence.”

Green quickly confronted LaCour, who confessed that he had falsely described some of the data collection’s details.

In his retraction letter to Science, Green described the numerous inconsistencies with LaCour’s claims and declared his study a fraud.

“Michael LaCour’s failure to produce the raw data coupled with the other concerns noted above undermines the credibility of the findings,” Green wrote in his letter’s conclusion.

Green explained his connection to the study.

“Michael LaCour attended my summer workshop on experimental design in 2012 and proposed at that time a project that involved both canvassing and internet surveys,” Green informed Reaction Watch. “It sounded to me too ambitious to be realistic for a graduate student but in principle worthwhile … Looking back, the failure to verify the original Qualtrics data was a serious mistake.”

Broockman was pleased with the accountability process — however belated — indicating that LaCour was more interested in forwarding his cause to promote the same-sex marriage than producing legitimate research.

“[T]he study’s findings had huge implications for people who were trying to advance the cause of equality and have changed how advocates do their work,” Broockman told Retraction Watch. “Every minute we knew the truth and did not disclose it really was a lie by omission to the advocates out there.”