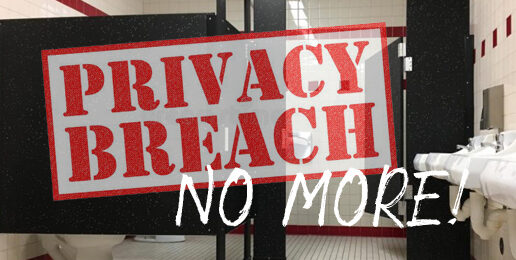 Virtual ink has been saturating the Internet on the allegedly discriminatory laws pending or passed in many states that limit girls’ sports to girls or prevent the medical malpractice of mainlining cross-sex hormones into the healthy bodies of children in order to “treat” unhealthy, obsessive thoughts about their sex. Less has been written about legislation that would prohibit schools from forcing boys and girls to share locker rooms and bathrooms with opposite-sex peers.

For example, the Tennessee House and Senate recently passed a commonsense bill that will allow not only students but also staff and faculty to refuse to share multi-occupancy bathrooms and locker rooms as well as sleeping quarters during school-sponsored overnight events with persons of the opposite sex. The bill would also permit students, staff, or faculty to sue schools if they encounter opposite-sex persons in those private contexts. While schools will be required to make reasonable accommodations for students who pretend to be the sex they aren’t, those reasonable accommodations do not include the construction of new facilities. As of this writing, the bill awaits Governor Bill Lee’s signature.

Satan’s henchmen and henchwomyn at the Human Rights Campaign describe this bill and all other bills that oppose “trans”-orthodoxy and “trans”-praxis as “appalling,” “anti-equality,” “Slate of Hate” bills. The henchians don’t explain why it’s not appalling to force girls to undress in front of boys in girls’ locker rooms. Nor do they explain exactly how treating all biological males the same violates the principle of equality or how it constitutes hatred.

To rational people, treating some biological males as if they were biological females is the epitome of inequality. And to compassionate people, forcing girls to undress, go to the bathroom, or tend to menstrual needs in the presence or proximity of male peers is cruel.

Moreover, policies that abolish sex-segregation in private spaces teach all children that biological sex as manifest in sexed bodies has no intrinsic meaning and that to be compassionate and inclusive requires the suppression of all natural and good feelings of modesty. Such arguable ideological indoctrination falls far outside the purview, expertise, and moral rights of partisan educrats whose salaries are paid by all taxpayers.

“Progressives” in thrall to science-denying “trans”-cultism assert that private spaces in which humans undress or tend to intimate bodily functions should no longer correspond to objective, immutable biological sex. They argue that these spaces should correspond to “gender identity”—that is, to disordered feelings about maleness or femaleness. But in Transtopia, maleness and femaleness are untethered to anything objective, including to either of the two biological sexes that comprise the human species. In Transtopia, malenesss and femaleness are disembodied conceits.

How “trans”-cultists know their “gender identities” when maleness and femaleness have nothing to do with biological sex is a riddle, wrapped in a mystery, inside an enigma. But solving riddles tightly wrapped in mysteries, buried deep inside enigmas pose no obstacle to the construction of revolutionary laws and policies for delusional people wrapped inside artificially constructed skin costumes and buried inside incoherent dogma.

Cartesian “trans”-cultists overlook a host of enigmas as they seek incrementally to eradicate sex-based segregation. For example, why should private spaces correspond to “gender identity” rather than objective biological sex? 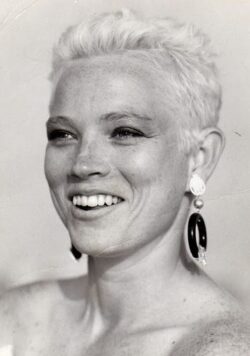 This is, indeed, a thorny problem. No woman will want to share private spaces with Buck Angel wearing her elaborate chemically and surgically constructed flesh costume. Nor should any woman have to share private spaces with her. Conversely, no man should be deceived into undressing or going to the bathroom in front of a woman wearing a chemically and surgically constructed disguise. But this is a problem “trans”-cultists have created, and the consequences are theirs to bear.

If humans have an intrinsic right not to undress in the presence of persons of the opposite sex, then that right is not abrogated by “trans” deception. If Buck Angel had any integrity, she would honor the rights of others by using single-occupancy private spaces.

If, on the other hand, there exists no human right to be free of the presence of strangers and other unrelated persons of the opposite sex when undressing, going to the bathroom (or in the case of women and women only, tending to menstrual needs), then all sex-segregated private spaces should be abolished, which is the end goal of “trans”-cultists. 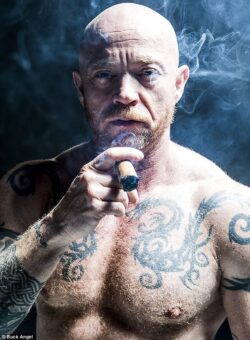 The “trans” cult is abusing anti-discrimination laws and policies to eradicate public recognition of sexual differentiation and sex-based rights, and people who know better have facilitated this work of the devil through their silence and cowardice.

If “discrimination” based on both sex and “gender identity” is legally prohibited, there remains no legal justification for maintaining any sex-segregated spaces anywhere for anyone. If no organization or facility is allowed to consider either sex or “gender identity” when designating private space usage, there remains no legal way to prevent any Tom, Dick, or Harry—whether they fancy themselves women or men—from accessing heretofore “women’s” spaces.

That, my friends, is Transtopia.