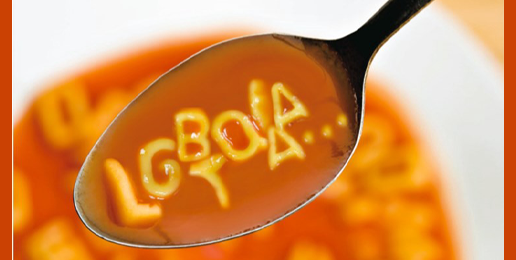 The problem is, the “LGBT” agenda is being sold deceptively. What Leftists don’t want to admit is that as the letters are added, things get even weirder. A man cannot become a woman — it’s middle school biology. So even as those pushing for Lesbian, Gay, Bisexual normalization are already bumping up against science when they’re only at the fourth letter, “T,” which stands for Transgender.

One of the basic points of this series is to hammer home the fact that there is natural design, and then there is everything else. There is teleology (see the definition of teleology here), and then there are, shall we say, variations on a theme.

Close upon that fact is the inconvenient truth that there is no way to not include all those variations from what the LGBT movement is. Leftists and cultural Marxists have started to demand acceptance for those first four letters. However, even as they struggle with the “T,” they have already begun to fight for acceptance of some of the many letters to follow. (A few ongoing attempts to list them are here, here and here.)

Let’s take the next four paraphilias starting with the letter ‘A’: remember, don’t be a bigot. It’s who they are. It’s about love. (You can see the definition of “paraphilia” here.) From Wikipedia:

Abasiophilia is a psychosexual attraction to people with impaired mobility, especially those who use orthopaedic appliances such as leg braces, orthopedic casts, or wheelchairs. The term abasiophilia was first used by John Money of the Johns Hopkins University in a paper on paraphilias in 1990.

Agalmatophilia (from the Greek agalma ‘statue’, and -philia φιλία = love) is a paraphilia involving sexual attraction to a statue, doll, mannequin or other similar figurative object. The attraction may include a desire for actual sexual contact with the object, a fantasy of having sexual (or non-sexual) encounters with an animate or inanimate instance of the preferred object, the act of watching encounters between such objects, or sexual pleasure gained from thoughts of being transformed or transforming another into the preferred object. Agalmatophilia may also encompass Pygmalionism (from the myth of Pygmalion), which denotes love for an object of one’s own creation.

Algolagnia (/ælɡəˈlæɡniə/; from Greek: ἄλγος, álgos, “pain”, and Greek: λαγνεία, lagneía, “lust”) is a sexual tendency which is defined by deriving sexual pleasure and stimulation from physical pain,[1] often involving an erogenous zone. Studies conducted indicate differences in how the brains of those with algolagnia interpret nerve input.

To be continued…the road ahead is a long one!