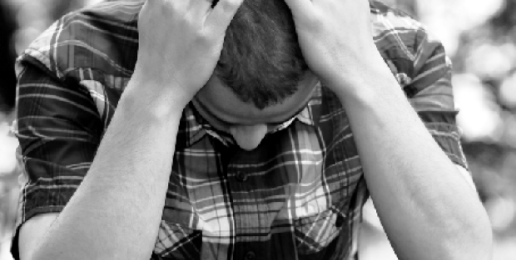 There is an excellent article from John Stonestreet, the president of the Colson Center for Worldview, detailing a surprisingly honest article in the liberal publication, The Huffington Post.    Stonestreet comments on a homosexual male who wrote an article expressing his despair in his lifestyle and explaining that so many “gay” men in his community share this despair.   The cultural, legal and political affirmation of homosexuality in America is not filling the emptiness many feel or reducing the many risks of their lifestyle.

Stonestreet writes in An Unspoken Epidemic: The Silent Suffering of Gay Men:

“For years,” he begins, “I’ve noticed the divergence between my straight friends and my gay friends. While one half of my social circle has disappeared into relationships, kids and suburbs, the other has struggled through isolation and anxiety, hard drugs and risky (behavior).”

Through story after story and mountains of statistics, Hobbes then documents a consistent and chilling trend among those who share his lifestyle. “Gay men everywhere, at every age,” he writes, are two-to-ten-times more likely than heterosexual men to commit suicide.

In fact, living in so-called “gay neighborhoods” is a predictor of more frequent, risky behaviors and methamphetamine use. And, Hobbes adds, the community itself is brutal and degrading to its members. Smart-phone hookup apps drive a culture of exploitation and casual encounters that one young man he interviewed said made him feel like “a piece of meat.”

We often hear these disastrous statistics and stories attributed to homophobia, bullying, and shame. Having been treated horribly since childhood, men like this author—the oft-repeated myth goes—are forced to live a lie. They’re depressed because they’ve been oppressed and repressed.

But here’s the problem with the bullying hypothesis. In countries like the Netherlands and Sweden where same-sex “marriage” has been the law of the land for years, gay men remain three times more susceptible to mood disorders and three- to ten-times more likely to engage in “suicidal self-harm.”

For example, the federal government’s Centers for Disease Control, which devotes numerous web pages to the particular health disparities connected with homosexual behaviors, notes “LGBT people smoke cigarettes at rates that are nearly 70% higher than the general population.”   They also note that alcohol abuse is much higher among LGBT lifestyles than the general population.

Homosexual activists and many of those reporting on the disproportionately high behavioral risks are quick to dismiss the disparities as a result of cultural opposition to homosexuality or a lack of legal status goals in America.

Yet, the same disparities appear in liberal societies that embrace every sexual desire under the sun and have almost no religious cultural influences.  Mortality rates, drug abuse, disease and suicide still pose dramatically higher risks for the LGBT lifestyle in different cultures around the world. For example, a study in Denmark conducted twelve years after same-sex marriage was legalized found:

This info just barely scratches the surface of medical and psychological data. It is hardly a picture of health and happiness.

A few weeks ago, junior high students in Plymouth, Indiana, were subjected to political indoctrination lessons in, of all places, health class. The video and lesson instructed kids how to “come out” as homosexual and how to support homosexuality individually, organizationally and politically without any mention of the medical risks that lifestyle includes.    This type of rallying for gay activism is rampant in schools, movies, music, and pop culture.

Teachers, principles, parents and grandparents would do well to read the Stonestreet article before embracing homosexuality as just another lifestyle choice or political cause HERE.

Planned Parenthood: Killing the Pre-born and Perverting the Already Born