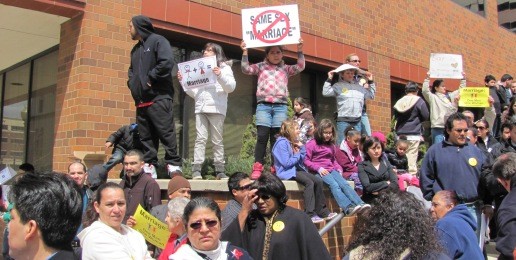 AURORA – The debate over legalizing gay marriage in Illinois was in full force in downtown Aurora Saturday morning, when traditional marriage advocates and gay marriage activists stood side by side in front of State Rep. Linda Chapa LaVia’s (D-Aurora) district office in downtown Aurora. The representative has not publicly stated how she plans to vote on SB 10, which could come before the Illinois House before the May 31st end of session. Interviews with participants will be featured on Illinois Review Sunday. 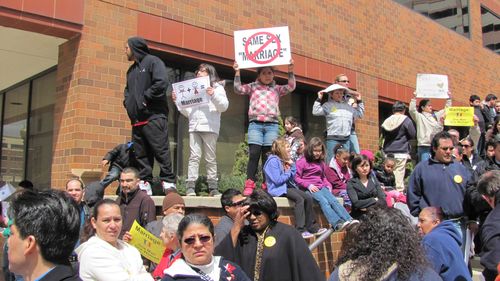 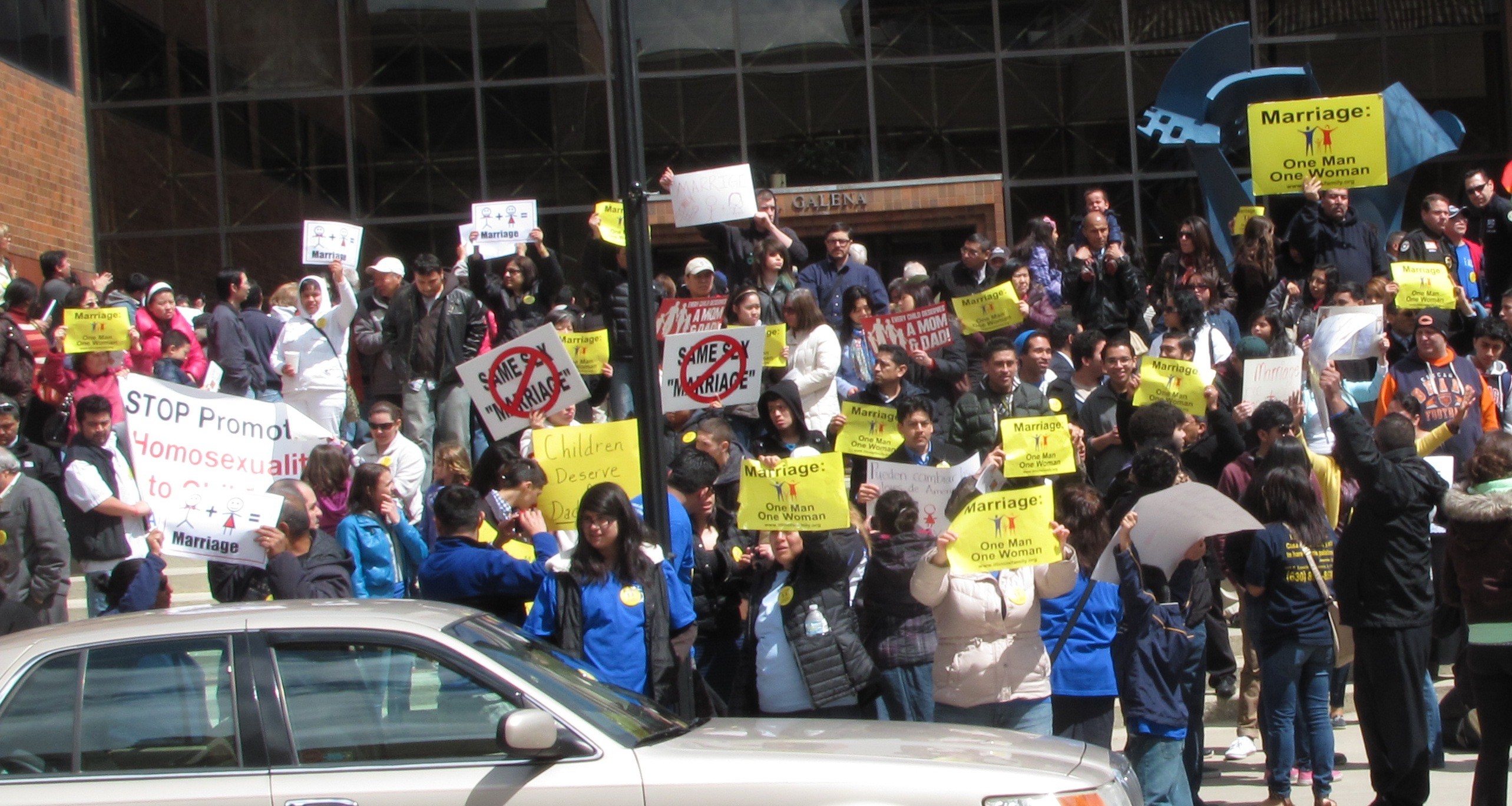