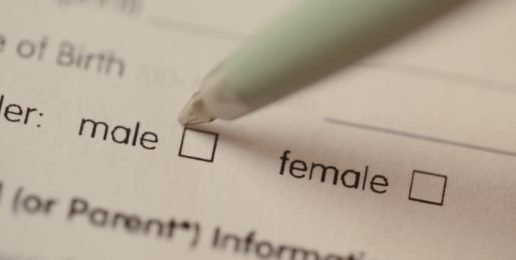 Recently Ben Shapiro, writing for National Review, exposed a serious failure of lawmakers that partisan debates conceal. Partisan debates conceal that fundamental, first-principle policy arguments about governance are avoided like the proverbial plague by politicians of all political stripes.

President Trump wants to re-enshrine Obamacare’s two central premises: that it is the government’s job to make sure everyone has health insurance, and that health-insurance companies should therefore be forced to cover pre-existing conditions. Sanders wants to spend more money on the same two principles — or do away with the second principle altogether in favor of a direct government program. Kasich expanded Obamacare in his own state, saying that St. Peter would want government health-care spending expanded, and he mirrors both Trump and Obama in his central contention that there is a government-guaranteed “right” to health insurance.

What are these three fighting over? Whether to spend an insane amount of money on Medicaid or simply a crazy amount of money on Medicaid; whether to pay for everyone’s insurance through taxes later or today; whether to force insurance companies to cover services that are unnecessary or allow them to pare such services back to a moderate extent; whether to mandate that healthy people buy health insurance or whether to coax them into gradual single-payer acceptance via back-door fines. All of this matters, of course. But to suggest that this is a cataclysmic conflict over principles is idiotic. Democrats and Republicans apparently agree on health care’s central principles, they just argue over how best to implement them.

In other words, these are tales full of sound and fury signifying almost nothing.

Shapiro elucidates what kinds of discussions politicians avoid and why:

[O]ur politicians generally elide the most important policy questions of the day — the ones that would implicate central principles. That’s because so long as they stick to the center of the road and then act as though they’re facing threats for doing so, they don’t have to alienate anyone — and they can rake in money.

Then Shapiro reveals the central conflict facing our republic now and the one from which our lawmakers flee with all due haste:

[O]n the hot-button issue of whether religious Americans ought to be protected from government intervention when they operate their businesses according to religious dictates — the single most important cultural issue in America today — politicians have been largely silent. What’s Trump’s perspective on the issue? We have no idea. Bernie Sanders doesn’t spend a good deal of time talking about it either. And John Kasich couldn’t be more vague. When politicians do have to sound off on such issues, they often run from the fray.

I would add another hot-button issue which implicates first principles and on which politicians remain largely silent: That is the Left’s reality-denying attack on the public’s recognition of and respect for sexual differentiation.

Never in the history of the world has there been a sustained attack on a proper understanding and recognition of sexual differentiation. What we are witnessing now is a cultural revolution the likes of which no society in history has encountered.

What is the end game of “trans” cultists? It is nothing less than the eradication of public recognition of sex differences everywhere for everyone.

While Leftists pursue their end game via strategic incrementalism, naïve, ignorant, and cowardly Americans incrementally capitulate. Some conservatives argue that if men who pretend to be women have been castrated, it’s okay if they invade women’s restrooms and locker rooms. It’s as if these conservatives believe that an elaborate disguise effaces the meaning of sex. Or that being unaware that an objectively male person is present where girls and women are undressing legitimizes their presence.

If that’s the case, then these same women should be comfortable with peeping Toms peeping as long as women are unaware of the peeping. Don’t misunderstand, I’m not suggesting those who experience the disordered desire to be the opposite sex are voyeurs. Rather, I’m suggesting that if being deceived about the presence of men in private spaces legitimizes their presence, then surely being deceived about the presence of peepers should legitimize peeping.

No efforts to masquerade—not surgical, chemical, or sartorial—can change the sex of humans. So, no matter how convincing a gender-pretender’s disguise, he or she should not be permitted in opposite-sex private spaces.

Our politicians need to know what the “trans” cult end game is and once they understand that, they need to have the courage to address it. If they are stubbornly committed either to ignorance or cowardice, then they have no business serving the people in elected office.

So, here’s what our politicians and the people they serve need to know about the “trans” ideology:

If lawmakers don’t believe me, maybe they could scrounge up 30 minutes to watch this video of a young man who “identifies” as a “transwoman.” He spells it all out:

So, now that we’re clearer about what the “trans” cult believes, let’s see what their peculiar and doctrinaire beliefs will look like in practice. In other words, here’s a glimpse into their desired gender-free, co-ed-everything, dystopian world:

Despite the dire portents that no one should be able to miss, lawmakers who claim to want to lead and serve say virtually nothing and probably know less.

“Trans”-Cult Has Religious Liberty in Its Sights

The Cultural Tide Is Turning
b
a
x
r