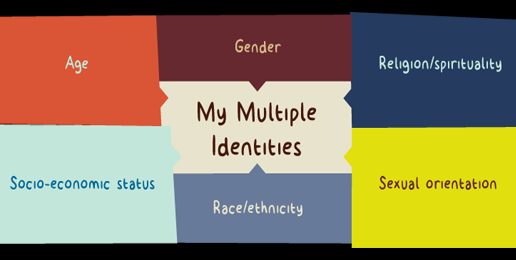 Here is Jonathan Haidt delivering the 2017 Wriston Lecture to the Manhattan Institute, Nov. 15 (the emphasis is my own):

Today’s identity politics . . . teaches the exact opposite of what we think a liberal arts education should be. When I was at Yale in the 1980s, I was given so many tools for understanding the world. By the time I graduated, I could think about things as a utilitarian or as a Kantian, as a Freudian or a behaviorist, as a computer scientist or as a humanist. I was given many lenses to apply to any given question or problem.

But what do we do now? Many students are given just one lens—power. Here’s your lens, kid. Look at everything through this lens. Everything is about power. Every situation is analyzed in terms of the bad people acting to preserve their power and privilege over the good people. This is not an education. This is induction into a cult. It’s a fundamentalist religion. It’s a paranoid worldview that separates people from each other and sends them down the road to alienation, anxiety and intellectual impotence.

He continues — and this is an interesting way to frame a state of mind:

I am actually pessimistic about America’s future, but let me state very clearly that I have very low confidence in my pessimism. Because until now, it has always been wrong to bet against America, and it’s probably wrong to do so now. My libertarian friends constantly remind me that people are resourceful—this is what many people forget. When problems get more severe, people get more inventive, and that is actually happening right now.

Haidt is not alone in his concern about the future. On November 28, 2017, Trey Sanchez writing at Truth Revolt had this to say:

And to think, this is not even peak ridiculousness!

A flyer from an “inclusiveness training” seminar earlier this year in Canada has gone viral because “LGBT” has gotten an upgrade of 12 extra letters.

So far, we’ve had to navigate slight variations such as GLBT, or LGBTQ. But with all of the intersectionalities, gender identities, and sexual preferences leftists have dreamed up, the new acronym looks more like a randomly generated password, an auto-correct gone wrong, or the old secret codes to warp levels on the original Nintendo Entertainment System. Now they want us to type “LGGBDTTTIQQAAPP.”

Here’s what that stands for:

Have fun looking up what some of those mean.

Leftists are making it so easy for conservatives to make their case – too bad too many conservative leaders are failing to do so.

A grant for a two-year study was awarded to the University of Washington this summer. The project will interview 250 children aged four to six, and their parents, asking a series of questions about “gendered behavior.”

“Prominent theories of gender development have discussed the degree to which gender identity results from an internal sense of gender and socialization processes,” according to the grant. “However, tests of these theories have been limited because, for most children, internal gender identity and environmental socialization substantially overlap, rendering it impossible to distinguish the relative impact of each factor on gender development.”

As noted last time, Laurie Higgins wrote that much of this foolishness is “transforming the country at breakneck speed” because of the “ignorance and cowardice of conservatives.” She is exactly right — conservatives need to educate themselves “resolutely resist” the efforts of Leftists to fundamentally transforming our culture away from common sense and into paganism.