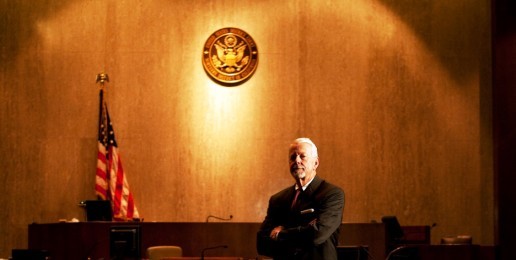 On August 4, 2010, homosexual judge Vaughn Walker overturned the express will of 7,000,000 Californians when he declared their ballot initiative, Proposition 8, unconstitutional. Matthew Franck writing on Public Discourse has described Judge Walker’s decision as “wholly fallacious,” the “nadir of absurdity,” and “the worst sophistical knavery that has been seen in quite some time in the pages of American jurisprudence.”

What may be the most troubling aspect of this deeply troubling case is that Judge Walker should never even have allowed this legal challenge to Proposition 8 to go to trial. Attorney Janet LaRue writes that in Baker v. Nelson [1972], “the Supreme Court rejected a constitutional challenge to a state law limiting marriage to one man and one woman….for want of a substantial federal question.” Baker v. Nelson is binding on all lower courts as Justice Joyce Kennard acknowledged in another same-sex marriage case, Lockyer v. San Francisco:

[I]ndeed, there is a decision of the United States Supreme Court, binding on all other courts and public officials, that a state law restricting marriage to opposite-sex couples does not violate the federal Constitution’s guarantees of equal protection and due process…. Until the United States Supreme Court says otherwise, which it has not yet done, Baker v. Nelson defines federal constitutional law on the question of whether a state may deny same-sex couples the right to marry (emphasis added).

Chris Wallace, host of Fox News Sunday, interviewed purported conservative Ted Olson, one of the attorneys who led the charge against traditional marriage. Olson had some remarkably specious things to say about marriage. (Olson’s comments are in red; my responses are in black):