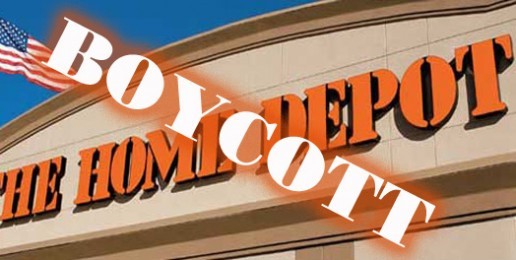 Home Depot is a willing participant in exposing children to unhealthy and risky homosexual events.

According to the 2010 Southern Maine Pride website, Home Depot signed on as a major sponsor of its 2010 Gay Pride Festival. But simply financing the event wasn’t enough for the big box chain.

Home Depot also signed on as a vendor, conducting kid’s craft workshops for children in the midst of loud and boisterous gay activities.

To this end, Home Depot is basically encouraging the attendance of children at events which openly expose them to transvestites, cross-dressers, and homosexual activists.

Gay pride events have a long track record for offensive public displays of homosexual conduct. Obviously, Home Depot is OK with the idea of exposing children to an unhealthy and risky environment. So much so, it is willing to also celebrate it by participating in its promotion.

Let Home Depot know you are sickened by their support and approval of children at homosexual events. Brad Shaw is the Vice President of Public Relations. His direct number is 770-384-5350. Call Now!